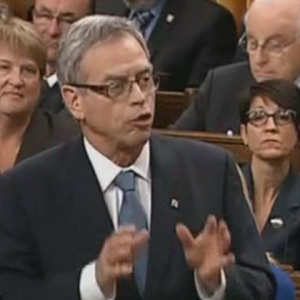 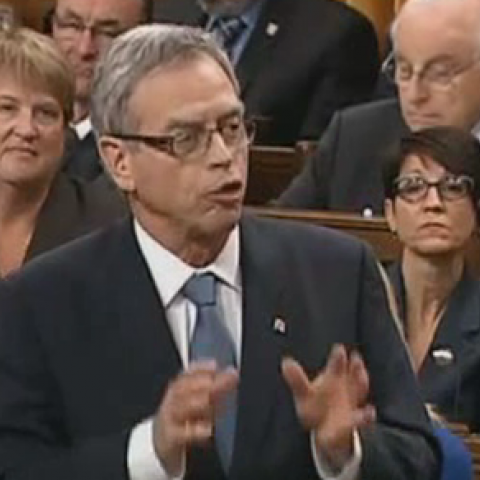 It was a stunning conclusion. Despite word from the Canadian Federation of Independent Business that it would create “25,000 person years of employment,” it turns out the Conservative government’s “Small Business Job Credit” will only create an estimated 800 jobs. That works out to $687,500 per job created, since the “job credit” takes over a half of […]

It was a stunning conclusion.

Despite word from the Canadian Federation of Independent Business that it would create “25,000 person years of employment,” it turns out the Conservative government’s “Small Business Job Credit” will only create an estimated 800 jobs.

That works out to $687,500 per job created, since the “job credit” takes over a half of billion dollars from the Employment Insurance fund.

And to make matters worse, the recent EI premium freeze for employers will lead to an estimated loss of 10,000 jobs, according to the PBO.

But guess who’s clinging to the analysis of the CFIB (which champions right-wing causes under the banner of small government) rather than accepting over the work of the PBO (whose mandate is to provide independent analysis to Parliament on the state of the nation’s finances and government estimates)?

Apparently, the CFIB is *the* definitive authority on job creation — the one group that “gets it” (“it” being small business, of course).

So where do these ideas on EI reform come from?

Well, an internal memo to the Minister of Human Resources and Skills Development in April 2013 in preparation for a meeting with the CFIB on EI reforms shows how long the business group has been lobbying the government to reduce EI contributions for employers:

“Since fall 2009, the CFIB has raised their concerns regarding the need to raise EI premiums in 2011 and subsequent years to reduce the accumulated deficit in the EI Operating Account. They participated in the Fall 2011 consultations on how the EI rate-setting mechanism can be further improved to ensure more stable, predictable rates. In particular, the following recommendations on rate-setting were made:

In August 2012, the CFIB responded to pre-budget 2013 consultations by proposing the extension of the EI Hiring Credit (for as long as EI rates continue to increase) and improving access to foreign workers for small businesses.”

Meanwhile, a list of “suggested key messages” to the Minister in the memo, obtained by PressProgress under access to information, suggest the government wanted to spin giveaways to employers in the form of reductions in EI contributions as “job creation” measures — despite no real evidence the reductions actually create jobs.

According to the memo, “this temporary credit would be available to an estimated 560,000 employers, allowing these small businesses to reinvest approximately $225 million in job creation in 2013.”

No estimates on job creation numbers are offered in the 10-page memo.