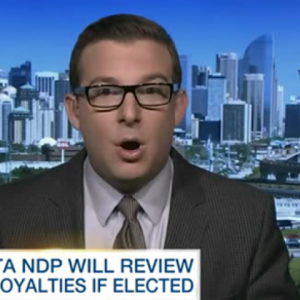 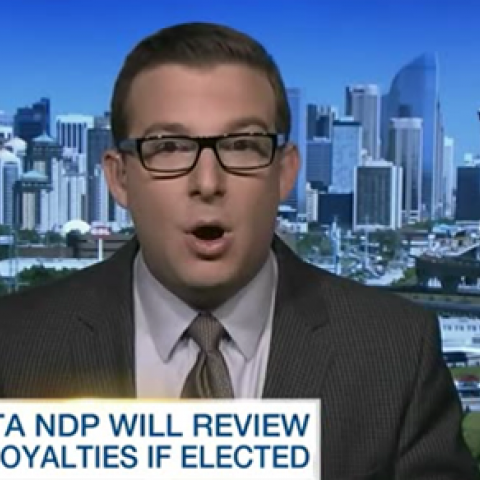 Is armageddon about to descend upon Alberta? According to some business analysts and conservatives: yes.  Right on cue with the election of an NDP government in Alberta, they got to work to manufacture a sense of fear that the collapse of the economy is not far off. But is this grounded in reality? The groundwork […]

Is armageddon about to descend upon Alberta?

According to some business analysts and conservatives: yes.

Right on cue with the election of an NDP government in Alberta, they got to work to manufacture a sense of fear that the collapse of the economy is not far off. But is this grounded in reality?

The groundwork was laid on election day when Business News Network’s western bureau chief Jameson Berkow reported about a hysterical e-mail written “all in capital letters” by a financial analyst covering the energy sector. He said the election of an NDP government in Alberta would, in all likelihood, lead to the destruction of Alberta (and maybe the entire world!):

“I WON’T BE VOTING FOR THE NEW DESTRUCTIVE PARTY. MAKE SURE YOUR ANTI-APOCALYPSE PALS GET TO THE POLLS!”

As Berkow points out, “that is really quite representative of the analyst community today.”

The Financial Post on Wednesday followed up by running a story with the headline How Alberta’s NDP election victory could spark a stock selloff and stall investment in the oil patch. The article suggested corporations may desert the province if they aren’t catered to. Capital “can easily move out of Alberta at the first sign of uncertainty,” analysts from Dundee Capital Markets wrote.

And Licia Corbella, the Calgary Herald’s editorial page editor predicted that “disaster” will befall Alberta, since “the oil patch will pack up and leave”:

Is this true? Will corporations and wealthy individuals abandon Alberta?

Or is this just “rhetoric” and “a knee-jerk reaction by some of the energy companies,” as Baskin Wealth Management’s Chief Investment Officer Barry Schwartz suggested on BNN Wednesday?

Here are a few things to keep in mind:

Remember David Siegel? He’s the Florida billionaire who threatened to layoff employees if Barack Obama was re-elected in 2012 for fear of new taxes on corporations and wealthy individuals.

Did that happen? Nope. In fact, during President Obama’s apocalyptic second-term he ended up giving his employees raises. And as for the economy, he now says “things have never been better.”

2. Tax flight is an “unproven” myth

According to the Centre for Budget and and Policy Priorities in the U.S, the idea that corporations and wealthy individuals will pack up and leave due to modest tax increases is an “unproven” myth.

Looking at interstate migration, CBPP found “tax increases cause little or no interstate migration.” In fact, migration is “much more likely to be driven by cheaper housing than by lower taxes” — Florida, which has no income tax, saw people flee the state after “housing prices rose sharply during the mid-2000s.”

Meanwhile, a survey of America’s fastest growing start-ups found that entrepreneurs “rarely cite low tax rates or business-friendly regulations” as motivating factors when deciding where to locate their operations.

A local pool of skilled workers was listed as the single biggest factor behind choosing where to set-up business, and while only 5% of entrepreneurs mentioned taxes, “parks and restaurants were discussed more frequently than terms related to taxes and regulations.”

According to a poll published in the the Herald in March, two-thirds of Albertans said they were in favour some form of tax increase.

And the top budgetary policy choice to help reduce the deficit was to raise corporate taxes (with a marginal rate of 10%, Alberta’s corporate tax rate is currently the lowest in Canada).

Just how committed to the democratic process and Alberta are these tycoons who are threatening to pack up and leave?

Meanwhile, some CEOs worry about any change Alberta’s energy royalties. Just one problem: it was already a complete mess to begin with.

An analysis by the Parkland Institute shows that Alberta missed out on an estimated $8.4 billion between 2009 and 2013, and at least 40% of Alberta’s projected deficit for 2015/16 could be eliminated by returning to pre-2009 royalty formulas.