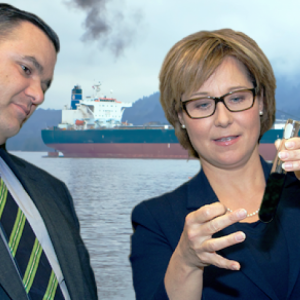 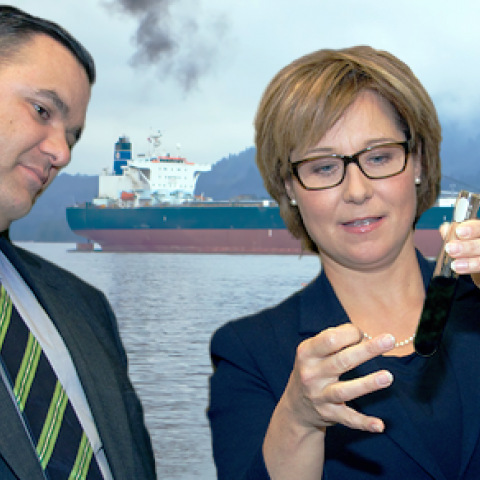 On what planet does this look like a “world class” oil spill response? The oily substance topping the waters of English Bay covers a wide area @News1130radio pic.twitter.com/Nrd1x9dja5 — Chad Dey (@chad_dey) April 9, 2015 It took 6 hours to get started on containing a 2,800 litre oil spill in the waters next to Vancouver. Then it took 12 hours to let […]

On what planet does this look like a “world class” oil spill response?

It took 6 hours to get started on containing a 2,800 litre oil spill in the waters next to Vancouver.

Then it took 12 hours to let the city know there was a spill. And nearly two days later to confirm which oil tanker was leaking (though no one’s exactly sure what substance was leaking or how toxic it is).

In a statement Friday morning, Vancouver Mayor Gregor Robertson noted that spill response is “the responsibility of the federal government” and slammed the reaction as “totally inadequate.” He noted that neither Transport Minister Lisa Raitt or any other federal minister had, at that point, made themselves available to the public to explain how they’re managing the response.

Who thinks that sounds like “world class tanker safety”?

Back in 2012, Moore gave a resounding “YES!” to shutting down the Kitsilano Coast Guard base (which was controversially shut down by the Harper government and could have “responded to [the] oil spill instantly”). Moore defended the cuts by explaining that “with all of the new investments that we’re putting in, we’ll make sure Vancouver has the best Coast Guard safety — the best coastal safety in all of Canada”:

And Moore, who is now serving as Industry Minister, went on to suggest that, if you don’t believe him, go “talk to actual members of the Coast Guard.”

“Had we had a crew at that station, we would’ve been on scene in several minutes … We would’ve been able to do an assessment and also we stored a thousand feet of oil spill boom” said retired Coast Guard officer Fred Moxley, adding that they may have even been able to immediately “track down the source of the oil.”

In a Friday evening press conference, Moore reiterated that the federal government had no plans to reopen Kitsilano station.

But in retrospect, shouldn’t we have seen the warning signs that this could happen?

Back in 2013, when the Conservatives announced their “world class tanker safety system,” an oil spill response ship hit a sandbar during a display of its rapid response capabilities, which would have been a lightning quick 12-hour journey from Esquimalt (over 100 km away) even if it hadn’t run aground. “To make a world-class response means more than words,” international shipping expert Joe Spears told CBC. “This is a glimpse of the future. If we can’t handle a small bunkering spill, how are we going to deal with a major tanker?”

Vancouver will also have to deal without a marine traffic communications centre (the ocean’s equivalent to an air traffic control tower). The Conservatives shut that down last month, consolidating the Pacific Coast’s operations to Victoria and Prince Rupert.