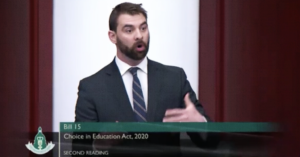 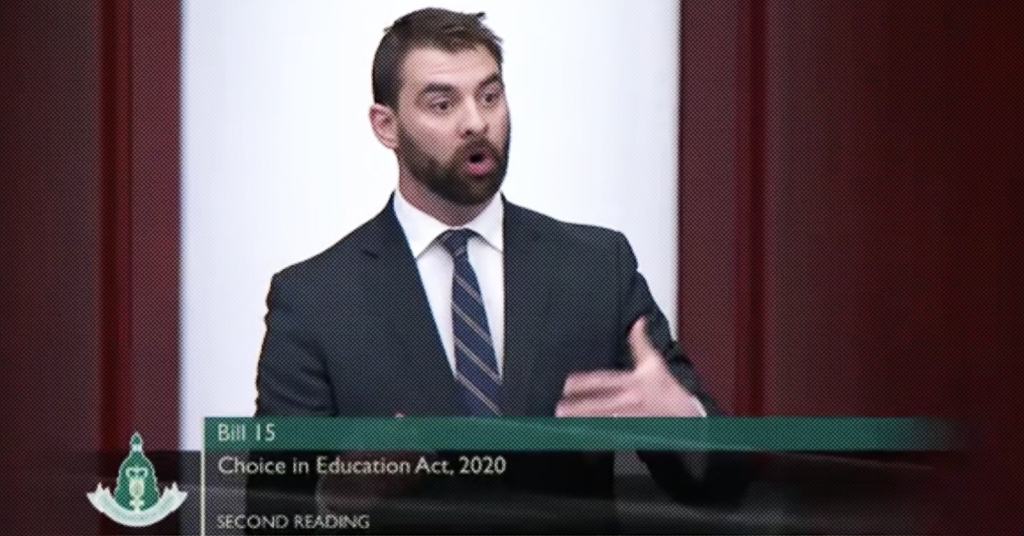 Should Alberta’s elementary schools be run like private liquor stores?

According to United Conservative Party MLA Dan Williams, that’s the Alberta way — and besides, public education “makes no sense.”

Speaking in the Alberta Legislature this week, Williams urged the province to further privatize education in Alberta because he thinks sending children to public schools means the same thing as “nationalizing the family.”

During a lengthy speech over education funding, Williams pointed to Alberta’s private “liquor stores” as a workable model for the province’s schools and described public education itself as “insanity.”

“This is a province that has privatized, you know, liquor stores, and government telephone communications because we believe we’re not as good at running those as individuals are, as businesses are, as people can make their own choices, but somehow we think the state should be nationalizing the family and education? And the relationship between parents and children? It’s inanity. It makes no sense. It’s absolutely backwards.”

The speech came shortly after Education Minister Adrianna LaGrange expanded the abilities for private charter schools to operate in the province, through the “Choice in Education Act” unveiled Thursday.

The act also reduces school board authority over home education programs in the province.

Williams’ UCP nomination bid was endorsed by a number of social conservative MPs and MLAs, including Garnett Genuis,  Arnold Viersen and  Nathan Cooper.