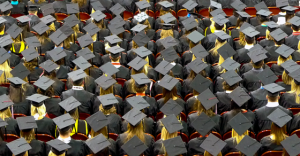 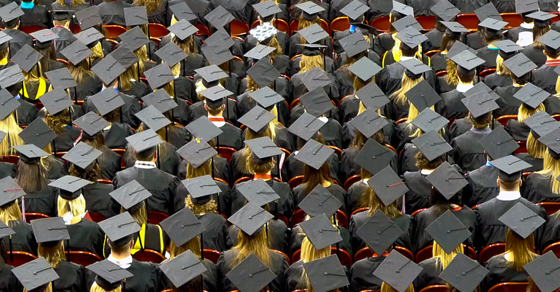 Today’s youth are working less, earning less and have the most student debt in Canadian history

So much for those “entitled millennials.”

Despite years of blaming the attitudes of young people for deeper problems in the economy, this generation of young Canadians work less, earn less and are saddled with the highest student debt in Canadian history.

“The policies that enabled an outrageously large portion of the world’s wealth to accrue to the very top of the income spectrum have delivered a difficult present and uncertain future to a huge majority of today’s youth,” the report points out.

Meanwhile, the report suggests Canadian youth are “earning less” than previous generations, working in jobs that are “low paying and temporary” and, thanks to tuition more than tripling in the last two decades, today’s students are “the most indebted generation in Canadian history.”

And here are a few other statistics:

Most jobs these days require some form of postsecondary education.

But Oxfam points out “the cost of undergraduate tuition has more than tripled since 1995.” They add that after a four-year degree, “the average university student is nearly $30,000 in debt.”

Students who rely on loans often pay 40% more for education than those who have cash on hand – often disproportionately affecting students who are visible minorities or come from lower-income backgrounds.

Despite spiking during the recession, Oxfam points out unemployment among youth “remains double the overall unemployment rate” while “one-third of young Canadians work in part-time jobs, many of which are low-paying and temporary.”

Hitting 13.3% in May, the youth unemployment rate was almost double the national average of 6.9%.

Of those young Canadians in work, one-third are employed in part-time jobs, many of which are low paying and temporary. In 2014, a full 27.7% of Canadian youth aged 15–24 were underemployed.

This dynamic has been growing slowly but steadily since the 1970s, when far more young people were gainfully employed. Between 1971 and 2005, there was a significant rise in youth unemployment rates across both gender and educational lines.

And Oxfam points out “young Canadians have also been earning less.”

Even after adjusting for inflation, those between the ages of 25-34 are earning $4,200 less today than the same age group earned three decades earlier.

An analysis conducted by the youth advocacy group Generation Squeeze shows just how dramatically the age income gap has grown: