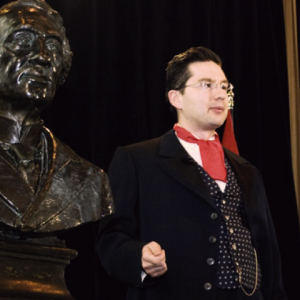 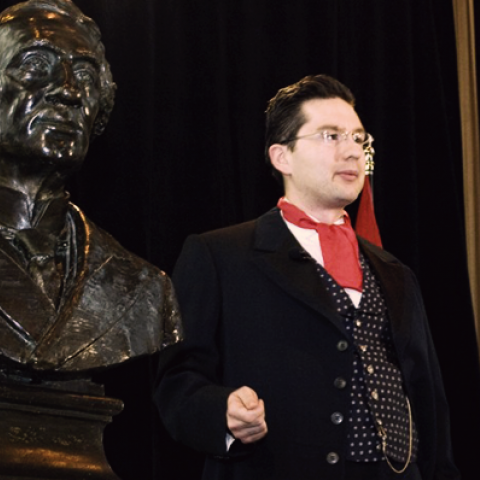 The complaints against the Conservative government’s Unfair Elections Act just keep mounting. And in the face of the barrage, Pierre Poilievre, the Minister for Democratic Reform, continues to defend the bill, even calling it “terrific.” Here’s the truth about this “terrific” bill, courtesy of measured bureaucrats, electoral experts and scholars. What Elections Canada says: On […]

And in the face of the barrage, Pierre Poilievre, the Minister for Democratic Reform, continues to defend the bill, even calling it “terrific.”

Here’s the truth about this “terrific” bill, courtesy of measured bureaucrats, electoral experts and scholars.

“It is essential to understand that the main challenge for our electoral democracy is not voter fraud, but voter participation. I do not believe that if we eliminate vouching and the VIC as proof of address we will have in any way improved the integrity of the voting profess. However, we will certainly have taken away the ability of many qualified electors to vote.”

On the ability to investigate (*cough* Conservative robocalls *cough*)

“I am disappointed, however, that the bill does not require a record to be kept of the actual telephone numbers used in voter calls. Without such information, an investigation will continue to be significantly hampered. Most importantly, under Bill C-23, the commissioner still will not have the ability to seek a court order compelling witnesses to testify regarding the commission of offences, such as deceptive calls or other forms of election fraud.

The response of Canadians in the face of the robocall affair has been overwhelming. Canadians rightfully expect that such conduct, which threatens the very legitimacy of our democratic institution, be dealt with swiftly and effectively. Without the power to compel testimony, as exists in many provincial regimes, the commissioner’s ability to carry out this investigation will remain limited. All in all, when looking at the proposed changes in relation to enforcement, the bill does not address the most pressing expectations of Canadians for timely and effective investigations.

“I am very preoccupied in this regard with the limitation that Bill C-23 imposes on the ability of my office to consult Canadians and disseminate information on electoral democracy, as well as to publish research. I am unaware of any democracy in which such limitations are imposed on the electoral agency, and I strongly feel that an amendment in this regard is essential.”

What the experts say:

The guy whose study the Conservatives keep citing

“I’d say, generously, you might get half of those people to show up with ID, so you’re looking at at least a quarter million people who won’t be able to vote. This is a fundamental right. It’s guaranteed by the Charter. It’s guaranteed by international treaties. You have the right to vote.”

“Either amend it or pull it.”

“The minister has used my report … as the basis for justifying the elimination of vouching. He has not interpreted my report correctly.”

“I think [Poilievre] has been selectively reading and quoting from my report.”

“There is no evidence whatsoever that any voters fraudulently represented themselves in the vouching process.”

“I want to be absolutely clear: if this amendment is not made  (power of investigators to compel testimony), investigations will continue to take time, and in some cases a lot of time. And, importantly, some will simply abort due to our inability to get at the facts.”

“Our capacity to deliver a report would be extremely limited or non-existent.”

Yves Cote, the Commissioner of Canada Elections, testifying before Parliament

“This will directly affect the constitutional right to vote of a number of Canadians without justification. Please. Please do not get rid of [vouching].”

Jean-Pierre Kingsley, who served as Chief Electoral Officer from 1990 to 2007, testifying before Parliament

“Elections are the base of our democracy and if we do not have truly a fair electoral process and one that can be managed well by a truly independent body, it really is an attack on our democracy and we should all be concerned about that.

“Independent officers of Parliament and the government is now restricting what they can say? It’s just so inappropriate.”

“It’s just offensive that the chief electoral officer can not have an advisory group without having to get approval from ministers. It’s just astounding to me.”

Sheila Fraser, in an interview with Canadian Press, April 3

We, the undersigned — professors at Canadian universities who study the principles and institutions of constitutional democracy — believe that the Fair Elections Act (Bill C-23), if passed, would damage the institution at the heart of our country’s democracy: voting in federal elections. […] Elections Canada reports to Parliament, not the government of the day. This is important because the rules governing elections have special significance in a democracy. The legitimacy of the entire political system depends on the fair and impartial administration of the electoral procedures. It is vital that the rules of democracy be debated in an open and transparent way, shielded from partisan calculations.

19 academics from seven countries who are experts in election law

“We believe that this act would prove [to] be deeply damaging for electoral integrity within Canada, as well as providing an example which, if emulated elsewhere, may potentially harm international standards of electoral rights around the world.”

And one of them also said this

“When a democratic, established democracy in the West like Canada seems to be curtailing its own ability to do that, it sends a very poor message to new countries in the Arab world, in Africa, in Asia, who are attempting to move from authoritarianism to democracy.”

The Globe and Mail

“This bill deserves to die.”

“The governing Conservatives have a majority in Parliament and, as they’ve shown time and again, do not shy away from using it to get their way. But having a majority certainly doesn’t mean a government has a monopoly on wisdom, or is always right. Governments overreach. They make mistakes and propose bad laws. When this happens and the case for change is unassailable, they have a duty to act — as they must with the Fair Elections Act.”

“It is particularly disturbing that in seeking to justify the measure, the government alleged that a report into voter fraud in a Toronto riding last election said that there was fraud in one in four cases of vouching. This was disputed by the author of the report, Harry Neufeld, who said there were actually no cases of fraud uncovered, and what voting irregularities were uncovered were the result of mistakes by election officials.

It has been suggested quite reasonably that doing away with vouching and VICs would primarily disenfranchise the young, the poor and aboriginals, all of whom tend to vote other than Conservative.”

“A government caught in a voting scandal is in no position to ram fundamental changes in Canada’s election rules through Parliament. That is what Democratic Reform Minister Pierre Poilievre is seeking to do. Since he tabled his sweeping Fair Elections Act eight weeks ago, the misgivings of legal and constitutional experts have hardened into outright opposition.”

“If, as a nation, we believe in the concept of one person, one vote, then everyone — regardless of party affiliation or lack thereof — has a stake in making sure elections are legitimate, that as many Canadians as possible cast votes and that election act changes are fair and justified.

By rushing through changes without giving Parliament and Canadians the right to thoroughly debate and improve them, the Conservatives are blowing off the democratic values that underpin our society and government.”

And don’t forget the pundits:

“I think some alarm bells should really be going off.”

The Tories were right to be nervous. Marc Mayrand shredded their ‘Fair Elections Act’ almost line by line, March 7, 2014

“But one does not need to read between the lines of the bill to come to the conclusion that the Harper government is more inclined to see a higher voter turnout as a threat than as an ideal outcome.

At a time when most comparable jurisdictions are looking for ways to reverse a decline in turnout the legislation put forward on Tuesday nudges Canada in the opposite direction.”

“The government’s (Un)Fair Elections Act is currently being rammed through Parliament by none other than Pierre Poilievre, the just-as-perversely named “minister of democratic reform.” It doesn’t have a single expert, commentator, champion, booster or friend outside of the government.

Not one. Even Preston Manning has raised serious concerns about the proposed law. He said instead of limiting the role of Elections Canada, the government ought to be expanding it giving the agency more power to boost voter turnout rather than measures that will suppress voting.”