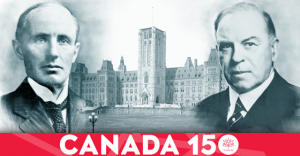 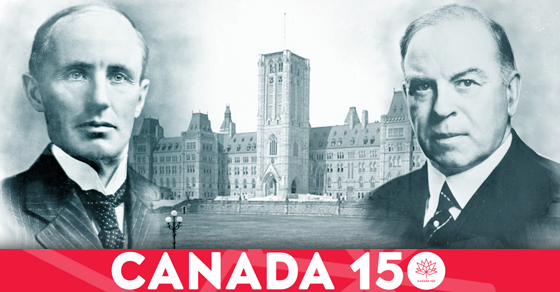 Both on the campaign trail and after taking office, Trudeau had repeatedly vowed that “2015 will be the last federal election conducted under the first-past-the-post voting system.”

It turns out Trudeau isn’t the first – nearly a century earlier, William Lyon Mackenzie King’s Liberal government promised 1921 would be the last election under first-past-the-post.

And just like Trudeau in 2017, King flip-flopped on his promise too.

Facing an unpopular Conservative incumbent and threatened by progressives demanding reforms, King promised electoral reform in a bid to reclaim the mantle of change. As University of British Columbia historian Adam Coombs puts it:

“Opposing an unpopular Conservative government widely viewed as autocratic and domineering, the new Liberal leader rolled out an extensive program of reform designed to promote and protect Canadian democracy while simultaneously swaying hopes away from the Progressive Party, an ascendant left-wing party that threatened to eclipse the Liberals as the voice of the disaffected.”

The parallels don’t stop there.

Following the 2015 election, Trudeau created a special parliamentary committee to examine the question of electoral reform in greater detail – though he ultimately chose to ignore their advice.

King did something similar:

“King promised change, and to this end, created a special Parliamentary Committee to investigate reforming the voting process,. However, his Government never enacted substantial reform measures.” The committee proposed holding a national referendum on proportional representation. But two years later, King’s Liberals voted down a motion that would have made good on both the committee’s recommendation and their campaign promise.

While Trudeau’s Liberals would be called-out for their “cynical display of self-serving politics” by the opposition, 94 years earlier on February 19, 1923, opposition leader Arthur Meighen called-out King’s Liberals as “silent, impotent” and indeed “bloodless.”

After originally promising to support change, Meighen blasted the Liberals for becoming suddenly aloof and non-committal, refusing to take any clear position on their campaign promise:

“We have no expression of opinion from the government as to whether they favour or whether they oppose it … It is true that in the Liberal platform which was passed in August, 1919, a platform they do not like to be reminded of any oftener than cannot be avoided, the Liberal party committed itself to the principle of proportional representation. If we are to assume that such action constitutes the government’s position, please let us be told so, and then the government can thereafter take refuge in silence.”

That led Meighen to conclude the Liberals don’t believe in acting on principles:

“The resolution passed in 1919 said only that the Liberal party favoured the ‘principle’ of proportional representation. Another presumption therefore which we would be quite justified in drawing from the experience of the last two years would be that while they, the government, favoured the principle, it was utterly opposed to the practice.”

The more real change, the more things stay the same?