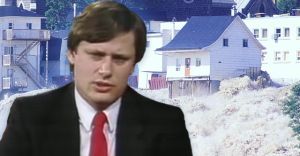 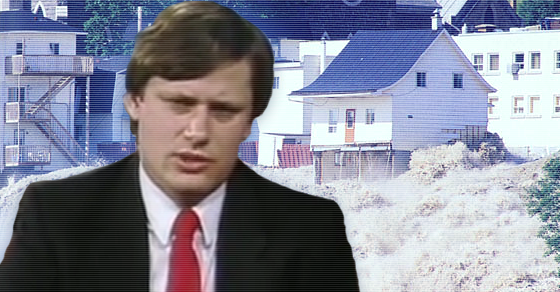 Harper and a few other Reform Party MPs suggested Quebec was getting special treatment in the form of disaster aid following the 1996 Saguenay Flood.

Add another name to the growing list of Conservative candidates whose past comments are coming back to haunt them!

Only one year after the Quebec referendum, Stephen Harper and a few other Reform Party MPs suggested Quebec was getting special treatment in the form of disaster aid following the 1996 Saguenay Flood.

The Saguenay Flood is considered one of the most devastating in Canadian history.

“This is a tragedy of an enormous scale,” the future Conservative leader told Southam News in July 1996, “but some people ask: is the treatment here the same as it would be anywhere else?”

Harper suggested “politics” was driving “the reaction of governments,” as well as “some of the citizens” raising money to help flood victims.

“Whatever federal money is going in,” Harper insisted, should be “on the same basis as it would go into any other region.”

That’s a little less direct than Harper’s fellow Reformer Monte Solberg, who later served as a cabinet minister under Harper.

“The floodgates opened when it was time to provide aid in Quebec,” Solberg said. “I think the people have a right to be somewhat cynical about the amount of money going into Quebec aid.”

At the time, the federal government pledged $150 million in disaster financial assistance to the devastated Saguenay region. Under the same program, Harper’s Conservatives committed $2.8 billion following the 2013 Calgary flood.

They were also out of line with their own party.

Former Reform leader Preston Manning responded to the same tragedy saying “Canadians have always pulled together in times of crisis,” calling it the “one common national characteristic of which we can be proud and which unites us as a nation.”

The Saguenay floods claimed ten lives, including two children, and resulted in nearly $1 billion in damage. Nearly 2,000 houses were destroyed and 16,000 residents were forced evacuate their homes.

The Reform Party, the forerunner to today’s Conservative Party, long opposed “special status” for Quebec and often looked like the vanguard of anti-Quebec resentment in the rest of Canada.

“For reasons that are both practical and patriotic,” Harper told a Reform Party convention, “we believe Canadians are not prepared to destroy their country in order to accommodate Quebec.”