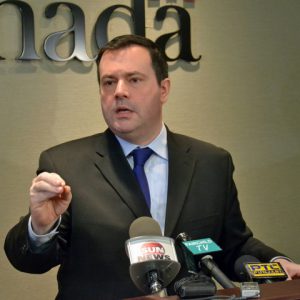 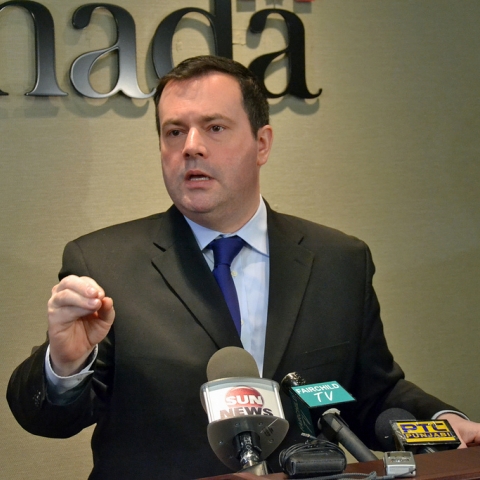 Employment Minister Jason Kenney was told of “obvious data gaps” about the jobs market by his department even as he refuses to implement “numerous recommendations” of an expert panel to collect better labour market information, internal records show.

The memo and supporting documents to Employment Minister Jason Kenney, prepared last fall in preparation for a meeting with Don Drummond, a former associate deputy minister at the Department of Finance and former chief economist for TD Bank, followed a critical presentation by Drummond at a social policy conference in September 2013.

“The lack of good labour market information makes informed policy making impossible and that governments need to work together to ‘reset’ our labour market metrics and basically start from scratch as ‘we know nothing,'” according to a summary prepared for Kenney of Drummond’s comments, released to PressProgress under access to information.

Drummond chaired the 2009 advisory panel on labour market information, which came up with 69 recommendations. “We are convinced that our recommendations are practical and can and should be implemented,” concluded the panel, created by the Forum of Labour Market Ministers (co-chaired by Kenney’s predecessor Diane Finley).

Fast-forward to September 2013, and Drummond “suggested there is no evidence of a significant skills shortage or mismatches in Canada” and “expressed disappointment that a great many of the panel’s recommendations have not been implemented,” Kenney’s memo stated.

Drummond is right, according to a government status report of the panel recommendations released alongside the Kenney memo. The department repeatedly cites a funding crunch for not following through on the recommendations, even as it informs Kenney of “obvious data gaps.”

This includes the discontinuation of the Workplace and Employee Survey. “None of the education surveys have secured predictable ongoing funding,” the status report also states.

It also refers to “closing obvious data gaps” by collecting info on “immigrants” and “gross flows” (changes in the labour force, employment and unemployment), but “funding constraints,” “competing priorities” and the “emergence of other priorities” mean these gaps have not been closed.

Meanwhile, Service Canada local offices “should draw on StatsCan and local intelligence networks to produce and make available small domain labour marketing information products.” But “little progress has been made to date, due to fiscal constraints and reduced capacity at local Service Canada offices for collecting and analysing LMI data,” the summary states.

Kenney’s memo, while noting a “number of recommendations for the development or retention of data sources” were never implemented, touted a Statistics Canada workforce survey “focused on skills shortages, hard-to-fill vacancies, employment and turnover.”

The Globe and Mail reported Tuesday that the results of the workforce survey continues to collect dust due to lack of funding to analyse the data.

Here is the government’s status report on the Drummond panel, provided to Kenney last fall:

Photo: xtracanada. Used under a Creative Commons BY-2.0 licence.