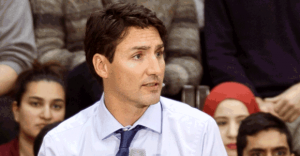 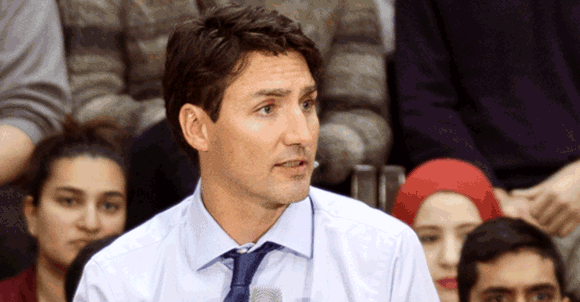 Officials say response to the petition has caused the House of Commons website to crash multiple times.

Justin Trudeau thinks no one cares about electoral reform?

He might want to speak with a hundred thousand Canadians who are telling him otherwise.

The petition – which is generating so much traffic, officials say it’s crashed the House of Commons website multiple times – calls on Trudeau to reverse his recent decision to break an explicit campaign promise that “the 2015 election be the last federal Canadian election under the first-past-the-post system”:

“We, the undersigned, supporters of electoral reform, call upon the Government of Canada to immediately declare its on-going commitment to ensuring the 2015 election be the last federal Canadian election under the first-past-the-post system.”

The petition also calls on Trudeau to “clearly outline one or more proposals” for electoral reform and “outline a proposed timeline for the introduction of an electoral reform bill before the House of Commons.”

In only two days, that number has doubled, standing at 100,000 as of Friday morning.

But it remains unclear if Trudeau will be open to receiving the petition.

Trudeau found himself in an awkward position Thursday night after video showed the prime minister lecturing a “visibly taken aback” woman in Iqaluit on electoral reform.

The prime minister said that “proportional representation in any form would be bad for Canada” and flippantly added: “do you think that Kellie Leitch should have her own party?”

‘Do you think Kellie Leitch should have her own party?’ Trudeau asks woman upset over electoral reform https://t.co/eInEoXfjs5 pic.twitter.com/CUnUfPQTRb

He also reiterated his support for ranked ballots – an idea that was unanimously rejected by a panel of experts at committee and found no support at town halls.

Leaving aside any anti-democratic subtext in the prime minister’s comments or the fact the 2015 Liberal election platform explicitly listed “proportional representation” – an option he now portrays as an existential threat to Canada – as one reform that could help “make every vote count,” Trudeau’s comments in Iqaluit raise another question.