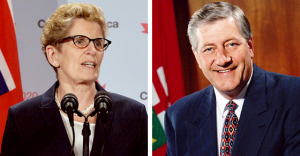 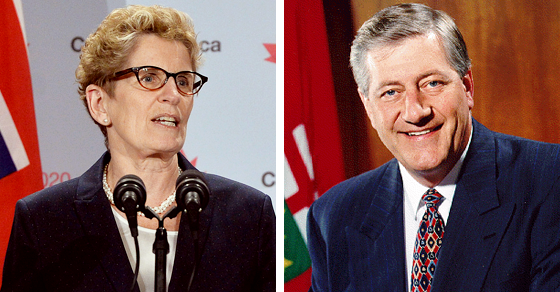 And let's not forget: things were really, really bad under Mike Harris.

If you’re receiving social assistance in Ontario, you’re actually worse off now than you were when Mike Harris left office.

And let’s not forget: things were really, really bad under Mike Harris.

According to a new study published by CCPA Ontario, the poverty gap has grown dramatically since the mid-1990s and is wider now than it was back when the Harris conservatives dramatically slashed social assistance rates. The poverty gap is the distance between the income people receive through benefits and the poverty line.

Measuring the gap between the total value of these benefits and the Low Income Measure (LIM-AT), the report assesses how far below the poverty line those on social assistance fall – and it’s not good news.

Between 1989 and 1993, the poverty gap in Ontario was significantly narrowed thanks to a boost to social assistance rates. The gap for a single person on the equivalent of OW in 1994 was just 10% below the poverty line, for example, and it was nonexistant for couples and families with children. But the following year, the Harris government slashed the basic social assistance rate (what would later become OW) by 21.6%, causing the gap to again widen significantly.

Flash forward to 2014, and the situation has actually gotten worse since Harris left office in 2002. For many of the province’s lowest-income residents, increasingly inadequate support translates into an even harder struggle to afford the most basic necessities.

The CCPA notes that the McGuinty government came to office in 2003 with an expectation “this new government would reverse at least some of the damage to social assistance,” but instead “the poverty gap for those who qualify for social assistance in Ontario [is] considerably larger than it was a generation ago.”

So what’s the solution? The historical data suggests if the Ontario government wants to narrow the poverty gap, one idea could be to, you know, actually restore social assistance benefits?