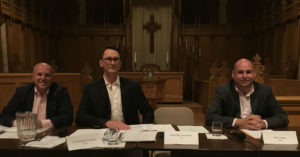 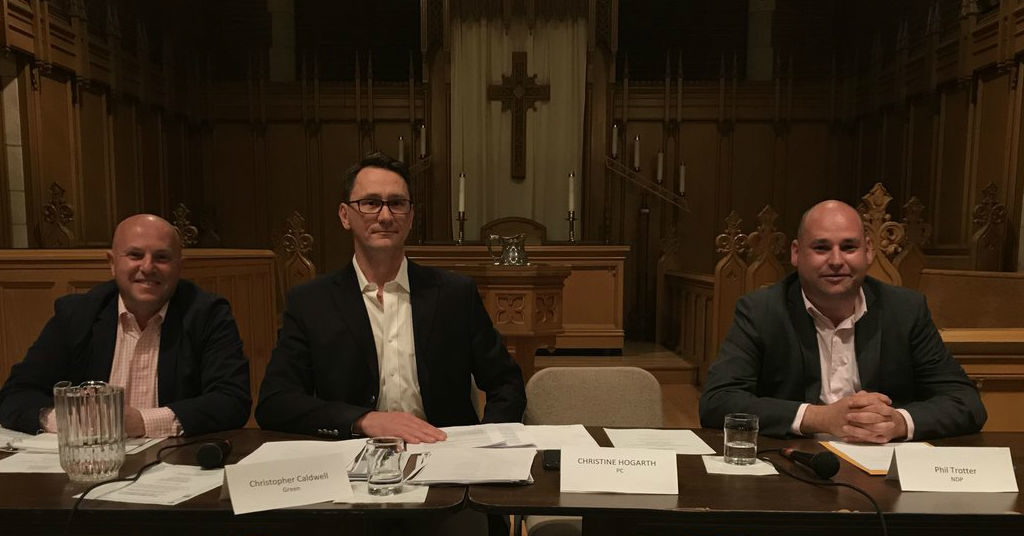 PC candidates are skipping debates in ridings all over Ontario

PC candidates have reportedly skipped debates in at least 23 ridings so far.

Since Ontario’s election officially got underway last week, local ridings and organizations have been hosting debates designed to let candidates speak to the issues and introduce themselves to the public.

But it seems like plenty of Ontario Progressive Conservative candidates are opting to skip them.

Just over a week into the campaign, an analysis conducted by PressProgress has identified at least 23 ridings in which aspiring PC members of provincial parliament have reportedly been no-shows at local debates – some of them on more than one occasion.

The PC candidates that show up to the Waterloo Education all candidates meeting #onpoli #oectaprov #etfo #osstf pic.twitter.com/3vSi3e4vTQ

(By comparison, only a handful of candidates from the other major parties appear to have been absent at any debates.)

Let’s look at a few examples.

At the Don Valley North “All” Candidates Meeting hosted by the Bayview Village Association @BVAssociation. Unfortunate the PC candidate couldn’t make it tonight.

Thank you to the Liberal, NDP and Green candidates who are here in the community to speak with us tonight. #ONpoli pic.twitter.com/9BYWzaF999

Disappointed that all of the #ScarboroughSouthwest Candidates could not be at the @ScarboroughCAN all-candidates Town hall. #PCPO candidate @GaryEllisPC is a no-show. #onpoli #ScarbTO #SSW pic.twitter.com/GZYb4exr0i

No sign of the Progressive Conservative at East York candidates’ meeting https://t.co/h6cpr63y8i

In at least 13 other ridings, PC candidates have withdrawn from, or been reported missing in action at, debates and all-candidates meetings.

During the 2015 federal election campaign, Conservative candidates were instructed to avoid debates and the media.

While it’s unclear if there’s a similar strategy at play here, the sheer number of empty lecterns labelled “PC” at local debates has many people asking questions.

And given Doug Ford’s own cageyness about his promises and refusals to take questions from journalists, the emerging pattern seems clear – and the questions are likely to grow louder.