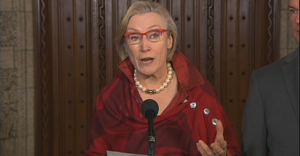 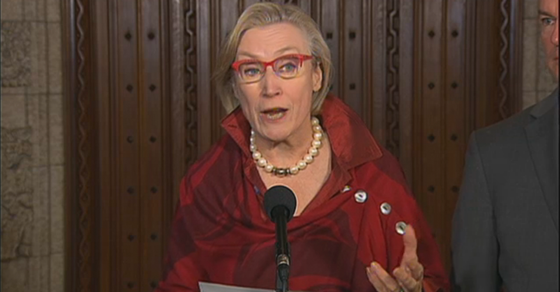 The Government of Canada argues the Canadian Human Rights Tribunal can't force it to close the $155 million funding gap for Indigenous children on reserves.

Why not ignore it?

That’s effectively the Government of Canada’s response to a Canadian Human Rights Tribunal ruling ordering the government to immediately address the $155 million funding gap for Indigenous children in Canada.

Back in January 2016, the CHRT ruled that Ottawa is racially discriminating against children living on First Nations reserves, spending 38% less on child welfare programs compared to communities in the rest of Canada.

The Tribunal told Ottawa to pay up. Liberal MPs even voted unanimously for an NDP motion to address the funding gap by immediately addressing the $155 million shortfall.

But now, as the Globe and Mail reports:

“The Canadian Human Rights Tribunal does not have the power to ensure its rulings are followed or to dictate how public money is spent, the federal government has argued in response to accusations it has not met a tribunal demand to end the discriminatory underfunding of Indigenous child welfare …

The Attorney-General says in a document filed with the tribunal this week that ‘the tribunal does not have the statutory authority to enforce its own orders’.

The hearing was prompted by non-compliance motions filed late last year by the First Nations Child & Family Caring Society, the Assembly of First Nations, the Chiefs of Ontario and the Nishnawbe Aski Nation, all of whom say the government has failed to comply with the tribunal’s ruling in January, 2016.

In a written response, the government said it has implemented the tribunal’s ruling ‘as far as it can do on its own’. Future changes, it said, will have to be done in partnership with First Nations, the provinces and other stakeholders.”

Here are a few reasons why that’s a problem:

1. The government is effectively arguing it shouldn’t be held accountable

The government is arguing that the tribunal does not have the authority to tell them how to spend money.

Basically there are zero institutional avenues to hold Canada accountable when it discriminates against Indigenous children or communities. https://t.co/lvquaSRsLR

2. If rulings are unenforceable, what’s even the point?

Created as part of the 1977 Human Rights Act, a landmark piece of legislation from Pierre Trudeau’s Liberal government, the Canadian Human Rights Tribunal was designed to act as a check and balance by protecting Canadians of all backgrounds from discrimination by federally regulated employers and service providers – including “federal government departments, agencies and Crown corporations.”

If the tribunal does not have the “authority to enforce its own orders,” as the federal government claims, then what’s the point of having this check and balance?

Considering his contributions in the area of rights and freedoms are likely Pierre Trudeau’s greatest legacy, it’s a bit odd that the government of Justin Trudeau wouldn’t just respect the tribunal’s ruling and bring immediate relief to children who have been racially discriminated against.

3. Why does the government keep stalling?

The government claims that “the challenge in providing funding for immediate relief based on actual need is that there are information gaps regarding the needs of specific agencies,” but adds that “Canada is currently working to address this challenge.”

Cindy Blackstock, executive director of First Nations Child and Family Caring Society of Canada called she government’s response “a shocking thing for me to see,” adding that the government has only gone “maybe 25 or 30 percent” of the way toward complying with the tribunal’s ruling.

Indigenous leaders have accused Indigenous and Northern Affairs Minister Carolyn Bennett of using “stall tactics” for delaying relief until after a new round of “vaguely defined” consultations.

As the FNCFCSC said in a report to the Standing Committee on Indigenous Affairs last year:

Just to underline that point, here’s what it looks like when you compare a five-year budget cycle to the development of a young child: