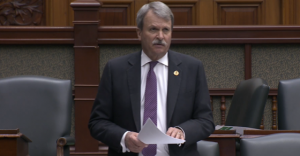 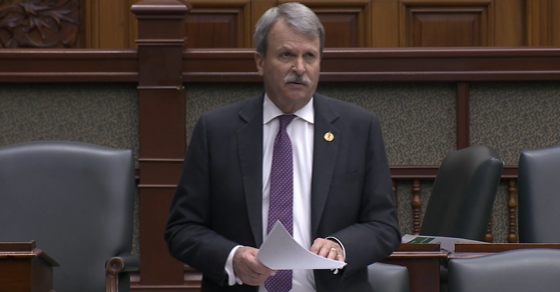 A Tory MPP says he’s concerned a “zero tolerance policy” towards Ontario doctors found sexually abusing patients would not be in keeping with Canada’s identity as a “tolerant society.”

And he worries that without “understanding” and a “consideration of leniency” towards sexual misconduct in the healthcare system, doctors could leave Ontario for “greener pastures.”

“I am concerned that this goes overboard and will be extraordinarily hard—overly harsh—on doctors, to the detriment of health care in general, and certainly to the detriment of doctors in many cases: “A zero-tolerance policy on sexual abuse of patients by any regulated health professional.”

Any time you hear the term “zero tolerance,” I find that dangerous, because there always has to be consideration of leniency, of understanding and of tolerance. We are a tolerant society, so now to prescribe that we want to be, by law, intolerant, I think, is a very wrongful way to go.”

MacLaren also explored the possibility of a brain drain, suggesting “unfriendly” policies might convince Ontario doctors to pack up and leave the province for “greener pastures” where they’re “more appreciated”:

“We’re going to make a situation where it’s such an unpleasant place and unfriendly towards doctors in Ontario. Of course, we’ve had pay cuts for doctors in the last couple of years. There’s going to be an incentive for them to go to greener pastures where they can make more money and they’re more appreciated.”

After those remarks, NDP MPP Wayne Gates rose and told MacLaren he was “saddened” and “concerned you actually feel that way as a male”:

“I have three daughters and a wife. There should be zero tolerance, no matter what job you have—not just a doctor, not a lawyer, not an auto worker, not a teacher. To the PC member who said that: I’m concerned that you actually feel that way as a male, and quite frankly, I’m hurt and saddened that you feel that way.”

Last year, MacLaren came under fire after inviting a female federal MP on stage at a “men’s night” charity event in Carp, Ontario where he proceeded to make vulgar comments of a sexual nature about her body and her relationship with her husband.

MacLaren left the audience of 350 stunned, reportedly sitting down to “zero applause.”

A short time later, MacLaren came under fire again when it was revealed he’d been promoting himself using testimonials from fake constituents using stock photos and fictional names.

MacLaren apologized and issued a statement Tuesday seeking to “clarify” that he had made “comments which could be misconstrued,” suggesting his comments were in reference to “due process.”

And despite earlier musings that a “zero tolerance policy” would be “dangerous,” antithetical to the notion of a “tolerant society” and a “detriment” to “health care in general,” MacLaren added: “I unequivocally support a zero tolerance policy for sexual assaults and abuse.”