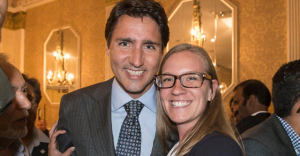 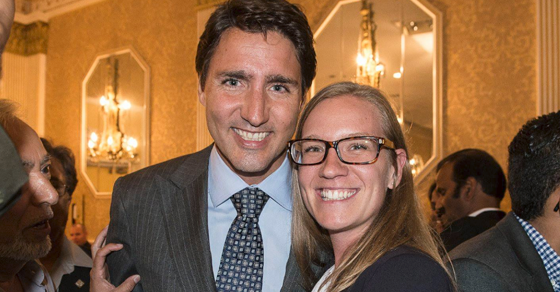 New Minister of Democratic Reform in 2016: Trudeau won ‘false majority’ with only 39% of the vote

Sounds like the newly minted cabinet minister has a good understanding of why Canada's current electoral system needs to go!

Will Canada’s new Minister of Democratic Reform be an improvement over the old one?

If Karina Gould’s past statements on electoral reform are anything to go by, it sounds like the newly minted cabinet minister has a good understanding of why Canada’s majoritarian electoral system needs to go!

“The first-past-the-post system that we have is pretty good at producing majority governments but it’s often considered to be a false majority because our government and the previous Conservative government didn’t really go above 39%, 42% of the vote yet would have much more than 50% of the seats in the house.”

Gould’s assessment of first-past-the-post seems to echo “concerns” from her local constituents too.

According to her electoral reform town hall report filed last October, the Burlington MP noted her constituents were “concerned that with FPTP, their votes do not count,” adding that “the current system often gives parties with less than 40% of the vote … 100% of the power.”

As for tacking ranked ballots onto our current majoritarian system – which would produce even larger false majorities and even more inequitable outcomes – Gould said her constituents do not view it as a “preferable alternative” to the current system:

“On Ranked Ballots or Two-Round Systems, some constituents felt that this system is favored by people who believe they are most peoples’ first or second choice, and is not preferable alternative to FPTP.”

Another reason to like Gould is she’s given even clearer indications she’s reform-minded.

Last year in the House of Commons, Gould said she views the current electoral reform process as “the next step” in the “evolution” of Canadian democracy – towards what sounds like a proportional system that will create a “stronger link between the democratic will of Canadians and the election results”:

“Electoral reform is the next step in this evolution toward a more inclusive system. We can build a better system that provides a stronger link between the democratic will of Canadians and the election results.”

Given Gould gets why we need reform to make the system more proportional, what explains her Tuesday interview with CBC’s Power & Politics?

Despite a clear pledge to “make every vote count” next election, Gould avoided a clear commitment to make good on Prime Minister Justin Trudeau’s 2015 campaign promise that “the 2015 election will be the last under first-past-the-post”:

A sign the Prime Minister’s Office is already steering the rookie minister away from her convictions?