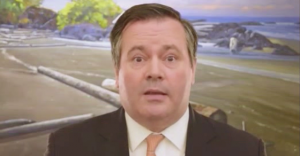 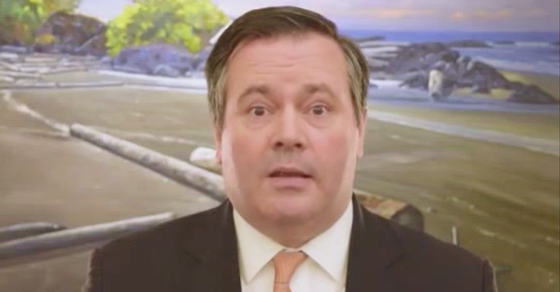 Jason Kenney fails yet another fact-check.

Who is to blame for the cancellation of a multibillion-dollar LNG project in British Columbia?

On the other hand, everyone who knows what they’re talking about seems to disagree with Kenney’s theory – even the LNG company that cancelled the project in question.

Earlier this week, Malaysian oil and gas giant Petronas finally pulled the plug on Pacific Northwest LNG, a proposed liquid natural gas liquefaction and export facility to be built in north-west BC.

Sensing an opportunity to score points, Kenney wasted no time spreading disinformation without bothering to check his facts.

NDP comes to office in BC, Petronas immediately cancels its $30B LNG investment, 1 of the largest planned foreign investments in CDN history

Despite Kenney’s claims, the company in question explicitly stated their decision had nothing to do with BC’s political climate or change of government.

According to the Canadian Press, when Petronas CEO Anuar Taib was asked if the change of government “played any role” in the LNG company’s decision to scrap the project, “Taib gave an unequivocal no.”

Pacific Northwest LNG says this has nothing to do with the new government, says looking forward to working with @jjhorgan. #bcpoli

In its press release, Petronas cited low gas prices and poor global market conditions, explaining that “prolonged depressed prices and shifts in the energy industry have led us to this decision.”

And that’s what industry analysts are saying too.

“It is a good decision not to invest in this project which is expensive and risky,” Subbu Bettadapura, senior director, Asia Pacific at Frost and Sullivan told Malaysian newspaper The Star. “Only question is why they took so long to come to this decision.”

As an opposition BC Liberal MLA, Coleman has been parroting Kenney, accusing the new BC government of destabilizing the provincial economy during their first week in office, leaving the province “naked”:

Polar opposites on display. Imposed #GreeNDP market uncertainty strips BC of economic opportunity. We are naked without natural resources. https://t.co/jWqi9qSZfV

Except one “senior BC Liberal source,” speaking to the BC news site TheBreaker, suggests Coleman knows the statements made in those tweets are not true.

In a leaked audio recording from a 2016 BC Liberal fundraiser, Coleman warned big money donors that the LNG project was on life support, explaining that “nobody is globally competitive” because “the price of gas in Asia right now is so cheap.”

In other words, the project would have been cancelled no matter which party was in power.