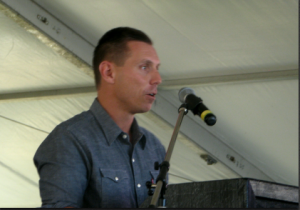 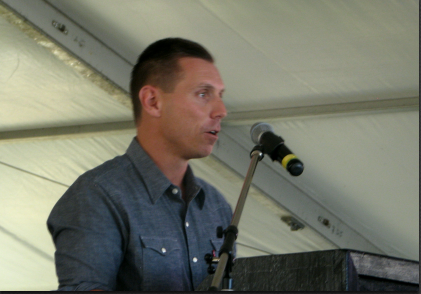 Listeners Are Calling This Patrick Brown Interview An “Unmitigated Disaster”

What a dumpster fire.

Given sky high hydro rates and the Liberal government’s ongoing privatization of Hydro One, energy issues are front and centre in the province and could very well end up deciding the next election.

Sounding a lot like a student trying to wing an exam he hadn’t studied for, the PC leader skirted awkwardly around Moore’s pointed questions about green energy, debt, and his own plans to lower hydro rates and pay off the hydro debt.

“You didn’t really answer my question, though. I get the complaint but I asked you if in your estimation green energy is worth paying for or whether we should just bail on it altogether?”

Brown’s answer — a series of jazz-like riffs around the words “green energy” — was pretty difficult to follow.

“No, no, I’m a big believer in green energy if we need it. Apologies if I didn’t answer your question…What I was saying is water power, I believe, is green. Having a giant contract with a foreign company like Samsung, they call it green energy, but when you’re not your own green energy how is it green energy? We have a massive oversupply problem right now…I don’t believe it’s about green energy, I think everyone likes green energy.”

“It’s very satisfying, I’m sure, to recap how awful everything has been and how we’ve gotten to this point but…What is your plan? What is the alternative?”

Repeatedly pressed on his own plans for addressing the hydro debt for the remainder of the interview, all he could offer was more complaints about existing Liberal policies.

Embarrassingly for Brown, the interview was immediately followed by a discussion featuring panelists from across the political spectrum:

But even the more conservative panelists couldn’t find anything very complimentary to say.

“That was an unmitigated disaster” said Michael Taube, a former speechwriter for Stephen Harper. “It sounded like you got him out of the shower, like he didn’t know the call was coming”, added National Post columnist Christie Blatchford.

“I was surprised you were giving this person so much time because they didn’t know what they were talking about”, one told Moore before being informed he had actually been listening to the Leader of the Opposition.

The reviews on social media weren’t any better, even coming from listeners who seemed sympathetic to the PCs:

@brownbarrie @TeamPacis Patrick you need to go back to CFRB Newstalk 1010 and try again!

You had 1 job @brownbarrie on @NEWSTALK1010 & you blew it. Could YOU sound any more incompetent? 4 more yrs of Wynne. So frustrated #onpoli

@brownbarrie you were eviscerated on newstalk 1010 today. Get better or get gone.

@brownbarrie Newstalk 1010 interview this morning was an embarrassment. What’s the plan! We don’t want Wynne … but you? I don’t know.

heard @brownbarrie on @NEWSTALK1010 this AM,I think we could see another PC leader snatch defeat from the jaws of victory. get it together!