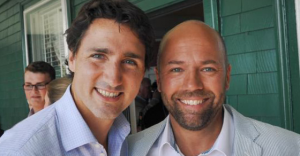 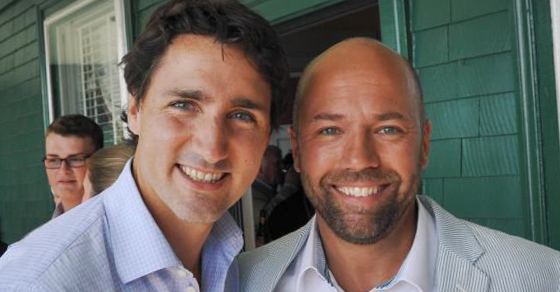 In an audio recording obtained by PressProgress, the parliamentary secretary to the democratic institutions minister says "none of us knew" Trudeau was going to flip-flop on electoral reform.

That’s one possible explanation for why the rookie Minister of Democratic Institutions keeps giving journalists fuzzy answers when they ask when she first learned Prime Minister Justin Trudeau planned to break his promise on electoral reform.

“When and how did you find out that your government would be abandoning its electoral reform promise?”

Or this question from Evan Solomon on CTV’s Question Period Sunday:

“When did the government know that you weren’t going to go forward?”

“At what point was the prime minister sure that he was no longer going to keep that promise? Why did he keep repeating it when now you’ve abandoned it?”

Gould wasn’t able to shed much light on the questions, only pointing out in general terms that her “mandate letter was released publicly on Wednesday” and adding that she is “proud of the announcement.”

Nor was Gould able to shed light on why she held a private meeting with opposition MPs to inform them the Liberal government was going ahead with electoral reform less than 24 hours before announcing they would not be moving forward on electoral reform.

But thankfully, Gould’s Parliamentary Secretary might be able to shed some light on these questions and more.

In an audio recording obtained by PressProgress, Andy Fillmore, Parliamentary Secretary to the Minister of Democratic Institutions –explains that Trudeau only gave Gould less than 24 hours’ notice before marching the rookie Minister in front of TV cameras to defend the Prime Minister’s flip-flop.

Fillmore adds that he and Gould were only notified “the day before or the morning of” the announcement:

It all makes you wonder how the government even arrived at a decision?

Following last Wednesday’s announcement, Gould said the decision was based on feedback the government received through town halls (that were overwhelmingly in support of electoral reform) and the government’s MyDemocracy.ca online quiz (widely-ridiculed as an unreliable source of data):

“Based on all of that information, reviewing all of that input and all of the opinions and the time that Canadians took to spend to participate and share their opinions, we’ve made this decision that it’s not in the interests of Canadians to change the electoral system.”

Aside from the fact the “information” empirically does not support the government’s conclusions, neither Gould nor her predecessor, former Democratic Institutions Minister Maryam Monsef, seem to have had any real role in “reviewing” the information.

So who is really calling the shots?