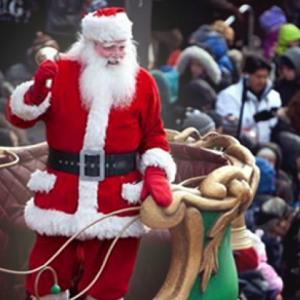 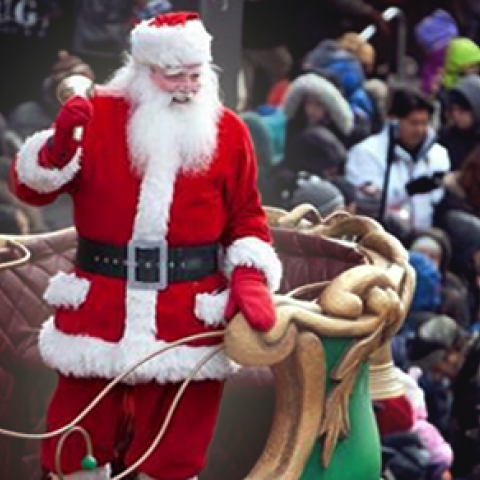 That must explain it! Children attending this year’s Santa Claus Parade in Montreal were trolled by a video billboard at a busy city intersection proclaiming global warming is caused by sunshine. Yes. Sunshine. The billboard was paid for by “Friends of Science,” a Calgary-based group that once counted a major oil company as a donor. The group’s stated […]

That must explain it!

Children attending this year’s Santa Claus Parade in Montreal were trolled by a video billboard at a busy city intersection proclaiming global warming is caused by sunshine. Yes. Sunshine.

The billboard was paid for by “Friends of Science,” a Calgary-based group that once counted a major oil company as a donor. The group’s stated goal is to “educate the public” about how “the sun is the main direct and indirect driver of climate change.”

“Le soleil est le principal facteur du changement climatique. Pas vous. Pas le CO2,” reads the billboard, seen by “300,000 people” on the day of the Santa Claus Parade. The translation reads, “the sun is the main cause of climate change. Not you. Not C02.” The Quebec media have taken note of the ad, criticizing the science behind Friends of Science’s claims. There’s even a new parody video making fun of the group.

As a team of Stanford University researchers found in a study published a few years ago, “though the Sun may play some small role, ‘it is nevertheless much smaller than the estimated radiative forcing due to anthropogenic changes.’ That is, human activities are the primary factor in global climate change.”

So much for the Friends of Science claim that “sunspots can be correlated very closely with average temperatures on earth”: Over at NASA’s Goddard Institute for Space Studies, they found “solar increases do not have the ability to cause large global temperature increases.” And “greenhouse gases are indeed playing the dominant role.”

“Solar activity has been relatively constant, aside from the 11-year cycle, since the mid-20th century and therefore does not explain the recent warming of Earth. Similarly, changes in the shape of Earth’s orbit as well as the tilt and position of Earth’s axis affect temperature on relatively long timescales (tens of thousands of years), and therefore cannot explain the recent warming.”

But why listen to scientists when you can listen to Friends of Science’s spinner instead?

Spokesperson Michelle Stirling-Anosh, who holds a University Certificate in Career Development from Athabasca University, is a former research associate at the Frontier Centre for Public Policy, a right-wing think tank with charitable status.

And marking this year’s Earth Day, Stirling-Anosh reflected on how “generations of children have been terrorized at school and through Earth Day to have an unfounded ‘fear of global warming,’ a psychological state comparable to the Stockholm Syndrome, where they are unable to liberate themselves from their tormentors. The critical thinking skills have been scared out of them.”

Now with Friends of Science, Stirling-Anosh has been popping up defending the idea that sunshine causes global warming with “documented evidence” found in “Joseph and the Amazing Technicolor Raincoat” [sic]:

“Two of the most loved stage musicals are set in a background of climate change extremes. The first is “Joseph and the Amazing Technicolor Raincoat.” The drama follows the Biblical story of Joseph and his brothers, in the land of Egypt, where the sun gods of Ra and Horus were worshipped; Pharaoh has a prophetic dream. He asks Joseph to interpret it — seven fat cows were eaten by seven lean and ugly cows. The message was clear.

Famine would eat up the abundance of warmer times — be prepared. That was the message for all humanity then — perhaps the first documented evidence of people noticing that solar cycles affect climate on earth.”

Still, Friends of Science have their share of supporters.

On Saturday, Calgary Sun columnist Lorne Gunter, in reference to the controversial billboard ad campaign, asked: “do you believe spring returns every year because Earth tilts closer to the sun again or because the atmosphere warms after we’ve idled our engines for four months?”

And while the National Post’s Kelly McParland wouldn’t stand behind the sun = global warming theory, he does defend the right of groups with deep pockets to make dubious, unscientific claims:

That’s right! When Kentucky Fried Chicken pays for a billboard that says “Finger Lickin’ Good,” it sure better BE finger lickin’ good, otherwise they’re going to hear from the Disinformation Police over at the Sierra Club. And they’ll want proof, I can tell ya. Where’s your evidence? Where’s your licked fingers? You got photos of that?