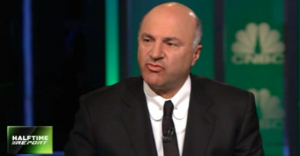 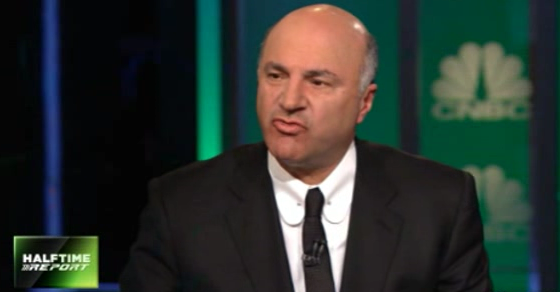 Celebrity millionaire Kevin O'Leary, who is considering running for the leadership of either the Conservative or Liberal Party of Canada, has some terrible financial advice he'd like to share with everybody.

Celebrity millionaire Kevin O’Leary, who is contemplating running for the leadership of either the Conservative or Liberal Party of Canada, has some terrible financial advice he’d like to share with everybody:

If Donald Trump is elected President, the stock market will go “straight up.”

“Trump is going to ride his way into the White House on a populist wave of anger at our government,” the longtime resident of Boston, Massachusetts told CNBC’s Fast Money: Halftime Report on Monday.

“And what does the market do if that happens?” asked CNBC host Scott Wapner.

“It goes straight up,” O’Leary replied.

“If Trump gets elected, you’ve got a real wild card in what has to be the most sober office in the world,” Lebenthal told O’Leary, arguing Trump would introduce unpredictability into an already volatile market.

But O’Leary sees sunlight on the horizon, saying Trump “wants to solve the problems that we really have here in terms of straightening out the tax code.”

Trump’s proposed changes to the tax code are estimated to cost the United States government $12 trillion in revenue over the next decade.

Paying for his tax cuts would require Trump to either cut up to 78% of all US government spending in unprotected areas or somehow grow the economy by 10% each year, two scenarios The Economist describes as “implausible.”

On top of all this, Trump’s promise to balance the budget would be “impossible” since “there is not enough spending left to cut.”

Or as The Economist sums things up:

“All politicians promise too much, of course, but Mr. Trump’s plans differ in the sheer scale of their implausibility. If investors also factor in the candidate’s unpredictability, the wildness of his foreign-policy rhetoric and a potentially fractious relationship with Congress, it all adds up to considerable uncertainty, something that markets traditionally dislike. If Mr. Trump does become the Republican nominee, prepare for a volatile autumn.”

None of this seems to faze O’Leary, apparently.

In fact, O’Leary is so confident about the prospects of a Trump presidency, he says he’s investing in biotech and pharmaceutical stocks because he thinks Hillary Clinton is “going to lose.”

Last year, Clinton took heat from Wall Street for pledging to take on “price gouging” in the pharmaceutical industry after hedge fund manager Martin Shkreli bought the rights to a drug used by HIV and cancer patients and increased the price by 5,000%.