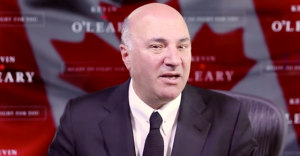 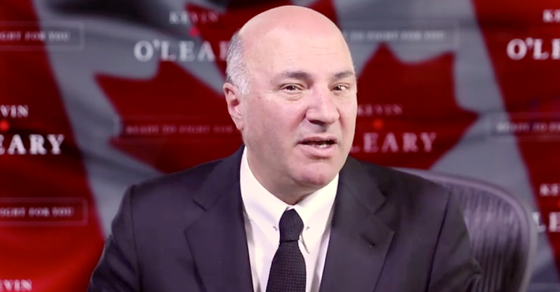 A few are wondering if they've been scammed by a "con-artist"?

Guess Kevin O’Leary was just visiting after all.

Ending his 99-day long political career on Wednesday, O’Leary announced he was dropping out of the Conservative leadership race and throwing his support behind Maxime Bernier, a libertarian-minded candidate who paradoxically admires communist China and says he wants to switch Canada’s currency to gold.

O’Leary’s three months in the spotlight produced a few memorable moments when videos surfaced of O’Leary vowing to jail union members, fondling models on Dragon’s Den and stating that he does not wear pants on TV as revenge against female bosses at CBC.

O’Leary, who had insisted for months that he and he alone is “the only one who can defeat Trudeau,” now sets the stage for a return to Boston, an American city PressProgress reported the celebrity millionaire has called home for more than two decades.

Indeed, midway through his campaign, O’Leary was found to be spending over half his time in the United States while other leadership contenders campaigned in Canada – earlier this month, O’Leary was fined $10,000 for skipping a Conservative leadership debate but made an appearance on MSNBC the same day.

Yet judging by the reaction on his Facebook page Wednesday afternoon, O’Leary’s sudden departure has left a sour taste in the mouths of his supporters who reportedly donated over one million dollars to the celebrity millionaire in the first three months of 2017.

Comments from “disappointed” and “angry” supporters on O’Leary’s Facebook page Wednesday afternoon showed many requesting refunds and vowing to throw out their Conservative Party memberships – a few even wondered if they’d been scammed by a “con-artist”?

O’Leary’s campaign later confirmed that all remaining funds will be transferred to the Conservative Party of Canada.