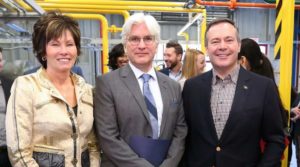 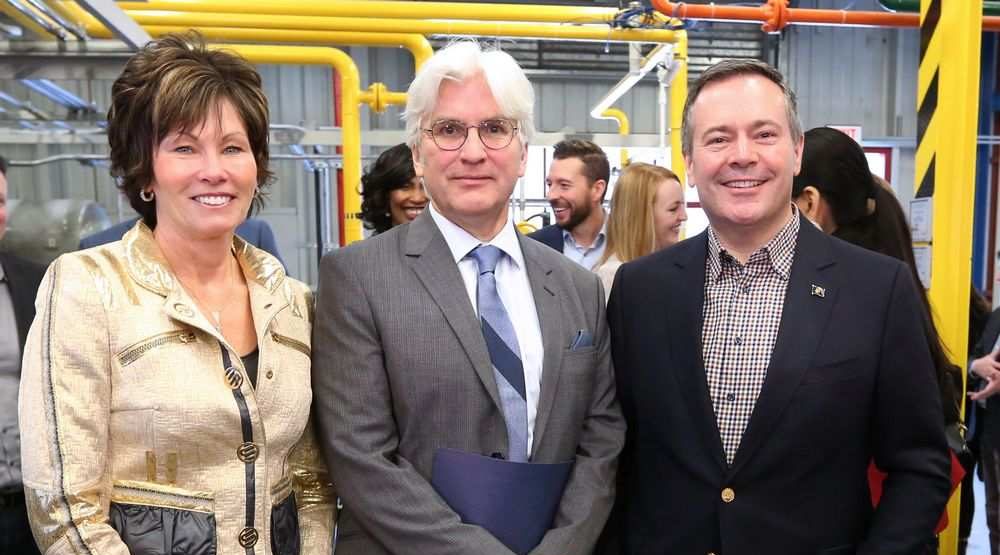 After deep budget cuts to health, education and more, Alberta Premier Jason Kenney’s “War Room” has been launched with a budget of $30 million annually, to improve the reputation of Alberta’s oil companies.

The stated aim of the Canadian Energy Centre is to combat anti-oil “narratives” with a “rapid-response” unit, an information unit to “help the province take control of its energy story” and a “data and research unit”

“We will push back. Where falsehoods are spread, we will respond,” Olsen said. But, worry not — he also said “we’ll be very positive and uplifting.”

Olson did, however, disclose that the centre’s $30 million budget isn’t a one-time sum. “As I understand it that is an annual budget,” he said.

A subsequent release confirmed “The CEC is an independent provincial corporation that has a $30-million annual budget.”

The Calgary Herald noted that’s “about equal” to what the Kenney government cut from the Calgary Board of Education.

Also in attendance was Tim McMillan, CEO of the Canadian Association of Petroleum Producers (CAPP). McMillan previously shared the stage with Kenney during the announcement of the CEC’s creation. Asked about CAPP’s role in the war room, McMillan declined to comment.

Speaking at the launch, Alberta Energy Minister Sonya Savage said “To those who make such biased slanted and prejudicial statements about Alberta’s energy sector, you’ve been put on notice. This type of activity is going to stop now.”

Alex Neve, Secretary General for Amnesty International told PressProgress “At every stage it has been clear that this initiative is determined to target and vilify environmentalists and Indigenous rights advocates who press for bolder climate action in Alberta.”