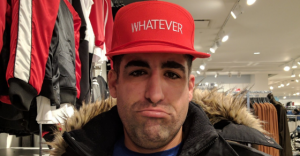 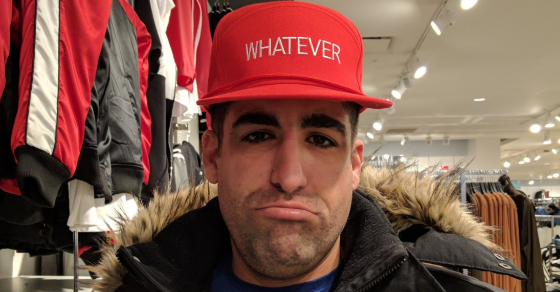 "Live with your treason. Cuck."

If Kellie Leitch can’t handle an out-of-control staffer, what can she handle?

That’s one question sure to be on many minds up after Nick Kouvalis, the Conservative leadership candidate’s campaign manager, bragged he’s “on solid ground” following another Twitter meltdown late Saturday night.

Judging by his reaction, that seems to have gotten under Kouvalis’ skin.

Responding to tweets calling Leitch a cheap imitation of Trump, Leitch’s campaign manager lashed out at a constitutional scholar, accusing him of dishonesty and “treason.” Though the term was popular in Elizabethan times, “cuck” has made a quasi-comeback in recent years thanks to online pornography and the so-called alt-right – a loose coalition of neo-Nazis, white nationalists, conspiracy theorists, right-wing trolls and other extremists energized by Trump’s presidential run.

As the New Republic’s Jeet Heer pointed out when he looked at the word cuckservative, the term plays on anxieties revolving around race and masculinity to vilify moderate views and encourage extremism:

Needless to say, accusations of treason and cuckoldry managed to earn Leitch’s campaign some attention:

Is this actually the campaign mgr of a leading candidate for Conservative leader? “Cuck”? “Treason”? Seriously, why not go the full Pepe? https://t.co/DNTFHKXrZo

So… will reporters be asking Leitch if she stands by her campaign manager’s language? https://t.co/tvzXYlZmps

This makes me sick. https://t.co/zqXbFYvuGO

Leitch’s campaign manager proceeded to spend the better part of the next hour sending angry tweets at people: PressProgress reached out to ask Leitch’s campaign if she stands by her campaign manager’s comments.

Leitch’s campaign did not respond.