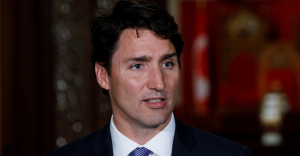 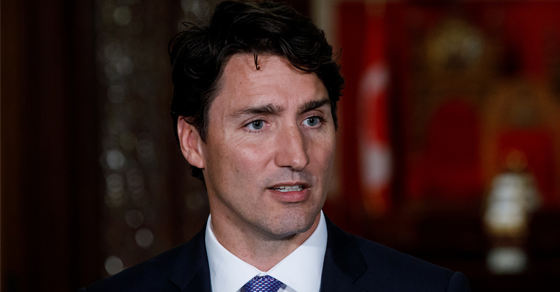 “Just society” or just another double-standard?

After spending the last week defending their $10.5 million settlement with Omar Khadr, a former child soldier who was detained and tortured for nearly a decade at Guantanamo Bay, the Trudeau government’s efforts to explain their decision appears to be raising more questions than they answer.

As Indigenous voices are pointing out: if the Trudeau government is so concerned with saving money and the “rule of law,” why are they still fighting the Canadian Human Rights Tribunal’s orders to stop discriminating against Indigenous children over the delivery of services?

Reading all these Libs saying we have to pay Khadr $10mil because ‘rule of law’ – Cindy Blackstock’s head must be exploding.

And this week, NDP Indigenous and Northern Affairs critic Romeo Saganash noted Trudeau’s argument defending “Canadian rights” in the Khadr settlement is “ironic” given he ignores the Tribunal’s ruling:

“I find that response ironic as this Prime Minister’s government chooses to continue to ignore the Human Rights Tribunal’s ruling and three compliance orders on services for Indigenous children. His government’s decision to continue to fight First Nations in court is offensive.”

While the Trudeau government has said their out-of-court settlement with Khadr may be “unpopular,” they’ve justified their decision on the grounds that “governments must respect charter rights and human rights and the rule of law.”

Trudeau himself argues that continuing to fight a losing legal battle would be fiscally irresponsible – potentially costing taxpayers tens of millions of dollars in the process.

In January 2016, the Tribunal ruled that the federal government’s chronic underfunding of First Nations children on reserves was discrimination, with 38% less being spent on kids on reserve compared to kids elsewhere in Canada.

Citing the Canadian Human Rights Act, the Tribunal ordered the Trudeau government to “cease the discriminatory practice and take measures … to prevent the same or a similar practice from occurring in future.”

They’ve ignored several legal orders to stop discriminating against vulnerable children and argued the Tribunal “does not have the statutory authority to enforce its own orders,” all while racking up a $700,000 bill for taxpayers.

Basically there are zero institutional avenues to hold Canada accountable when it discriminates against Indigenous children or communities. https://t.co/lvquaSRsLR

Health Minister Jane Philpott said the government is appealing the Tribunal’s ruling because they have “some concern” as to whether the ruling is “in the best interests of First Nations kids.”

Compare that response with the lines the Trudeau government is offering in defence of the Khadr settlement.

On Thursday, Prime Minister Justin Trudeau uttered the words “just society” to suggest his government’s decision to drop its appeal was both morally and fiscally responsible:

Is spending hundreds of thousands of dollars on lawyers to fight an order to stop discriminating against vulnerable children in sync with Trudeau’s so-called “just society”?

Last week, Goodale not only argued that the government’s legal battle with Khadr has “cost taxpayers,” he also suggested governments have a duty to act when courts send an “unequivocal signal” that something is “fundamentally wrong”:

“The remedies should have started as soon as the courts sent the unequivocal signal about what was so fundamentally wrong here. Unfortunately, the remedy did not start then and the costs continued to accumulate. Today, we are bringing that process to an end.”

Of course, nothing is stopping the Trudeau government from equalizing spending for Indigenous children on their own, yet they’ve only earmarked a fraction of what they owe.

And of the money that has been earmarked, some portions are actually for things unrelated to Indigenous children – for example, money earmarked for the “safety and well-being of First Nations children” in the 2016 budget turned out to be connected to programs subsidizing mining companies.

Trudeau recently defended his government’s failure to stop discriminating against Indigenous children by suggesting the reason these inequalities persist is because Indigenous communities “haven’t had the opportunity” to “think about” how they’d like to spend their money:

“A lot of Indigenous communities haven’t had the opportunity yet to take that responsibility, to actually think about how they can and must deliver it.”

But Cindy Blackstock, Executive Director of the First Nations Child and Family Caring Society of Canada, sees it differently:

“It’s a matter of basic compliance with the law.”

You’d think Trudeau understood this – after all, he did say this was this was “the lesson” everyone should learn from the Khadr settlement:

“When governments fail to respect people’s rights, we all end up paying. That is the lesson that hopefully future governments will draw from this settlement.”

Will Trudeau listen to his own advice?