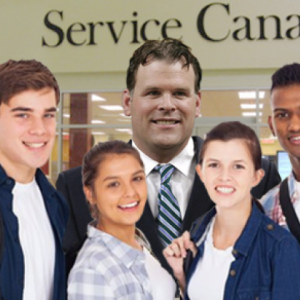 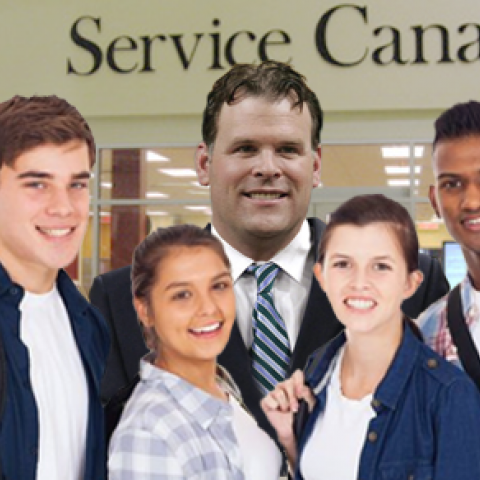 Foreign Affairs Minister John Baird is leaving politics to join the private sector. After staring down world leaders, he may face his greatest challenge yet: a struggling job market marked by low incomes, instability — and job-hungry millennials. Baird joins Vic Toews, Brian Jean, Merv Tweed, and Ted Menzies in resigning from the 41st Parliament by citing a desire to “return to the private […]

After staring down world leaders, he may face his greatest challenge yet: a struggling job market marked by low incomes, instability — and job-hungry millennials.

Baird joins Vic Toews, Brian Jean, Merv Tweed, and Ted Menzies in resigning from the 41st Parliament by citing a desire to “return to the private sector” — a nostalgic place in the hearts of many Conservatives.

Except in Baird’s case, following a political career that began in his early 20s and spanned three decades, this will essentially be his first full-time job in the private sector.

Not the best time to look for a job, however. Statistics Canada shows the Canadian workforce is currently at its lowest level in 14 years — with new jobs more likely to be temporary and precarious.

And Baird will no doubt have to compete with the tens of thousands of unemployed Canadian youth looking for their first full-time job in the private sector.

Baird may find he needs to adjust expectations about his job prospects.

1. Hunker down and get ready to play the long game:

According to Statistics Canada, jobless Canadians looking for work can expect to be unemployed for 20.1 consecutive weeks on average (a little over five months).

That might be a big adjustment for someone who used to force Ontario’s unemployed off government assistance.

2. Brush up on your resume writing skills:

A recent poll by Workopolis says 65% of job seekers said they applied for 10 or more positions while they were looking for a job.

And the Globe and Mail reports recruiters only spend an average 6.25 seconds looking at a candidates resume before deciding whether they’re fit for a job — that isn’t good news for someone whose only work experience is being a Conservative politician.

Here are some handy do’s and dont’s:

Do: Presentation is important. Make sure you lay out your resume in a crisp and professional manner.
Don’t: Emboss your resume’s typeface in gold.

Do: Highlight any awards or accomplishments.
Don’t: Mention the time 400 international environmental organizations awarded you three Fossil Awards at the 2010 Cancun climate conference.

The Canadian government’s Services for Youth website points out it’s important to look for the “hidden job market,” because “most jobs aren’t even advertised” since “it’s often easier for an employer to hire a person connected to someone in their network.”

So talk to friends, family members… and maybe even former co-workers?

One person Baird might think about having a chat with is Employment Minister Jason Kenney. For one thing, Kenney could teach Baird how to find all those jobs on Kijiji that may not actually exist. Kenney certainly appears well-versed in the “hidden job market.”

4. Consider moving to where the jobs are:

Speaking of Kenney, ask him to forward you that “interesting” report from the right-wing Fraser Institute that claims youth “require more realistic expectations about where new jobs are being created” and says “some responsibility lies with youth themselves,” including “their willingness to re-locate.”

Baird might think about staying in his hometown, but after the Conservatives cut 37,000 jobs to the public service, Ottawa may not be the best place to find a job — whether public or private.

There’s some speculation Baird may head to Bay Street, but then again, Toronto’s median wage has declined 2.8% since Harper became prime minister and the unemployment rate stands at nearly 8%. Overall, 30,000 fewer people had a job in December 2014 than they did the year before.

In terms of employment opportunities and wages, it might be a good idea to head to a province rich in natural resources and… oh yeah. Never mind.

5. Know what you bring to the table:

But the most important thing is to always remember those special gifts that make you really you: