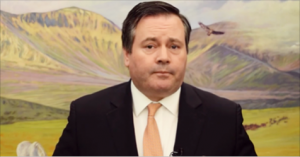 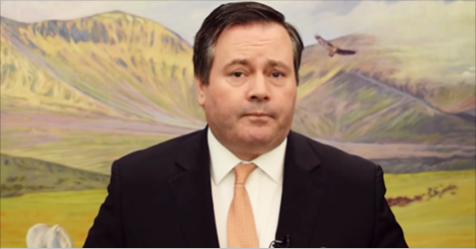 The comments were printed in a now defunct socially conservative magazine.

Jason Kenney was a no-show at Edmonton’s Pride parade in June and the UCP’s application to participate in Calgary’s parade next month has been rejected.

“As your organization does not yet have clear policy in support of the gender and sexually diverse community, we would like to encourage a collaborative learning opportunity prior to participating as parade entries.”

And given some of the views Kenney ‒ currently a candidate for the party leadership ‒ has expressed in the past, this seems like a very good idea.

In fact, Kenney once argued that constitutional protections enshrining rights on the basis of sexual orientation “opened the door” for “polygamists” and “advocates of incest”.

The comments were printed in the November 4, 2002 issue of The Report Newsmagazine, a now defunct socially-conservative journal.

In an article headlined “Polygamists could find ‘family class’ favour”, Peter Stock responded to new regulations introduced by then Immigration Minister Denis Coderre that expanded the definition of “spouse” to include both opposite and same-sex common law partners in family class immigration cases. The changes, Stock argued, had been “sought by homosexual activists” and “appear to make it easier for the practitioners of a variety of other abnormal practices, including polygamy, to be recognized as worthy of family-class immigration status.”

Weighing in, and apparently accepting Stock’s equivalence between homosexuality and polygamy, Kenney chastised “secular liberals” for what he called a “double standard” when it came to their support for the rights of same-sex couples and opposition to polygamy:

“It is completely inconsistent for secular liberals to argue traditional conceptions of the family have no place in society when it comes to homosexual marriage, but then object to polygamy, using traditional arguments.”

He then went on to criticize the Supreme Court for protecting such rights, saying:

“When the Supreme Court invented a constitutional right to sexual orientation, a right based on sexual conduct, they opened the door for polygamists, advocates of incest, and others to claim the same status as homosexuals. It was inevitable.”

Given the slow and gradual pace of gay rights in Canada, it is unclear exactly which case Kenney (if any) was referring to.

Following an Ontario Court of Appeal case in 1992, the federal government announced it would take steps to include sexual orientation in the Canadian Human Rights Act.

In a May 1995 ruling, the Supreme Court concluded unanimously that discrimination on the basis of sexual orientation was prohibited under the Charter.

In 1999 it ruled that same-sex couples should have the same benefits and obligations as opposite-sex common-law couples and, accordingly, equal access to benefits from social programs they pay into through taxation.

Regardless, Kenney’s objection was levelled at court decisions that enshrined quite basic anti-discrimination principles into Canadian law.