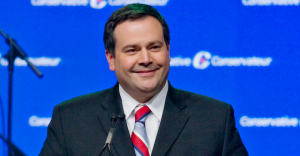 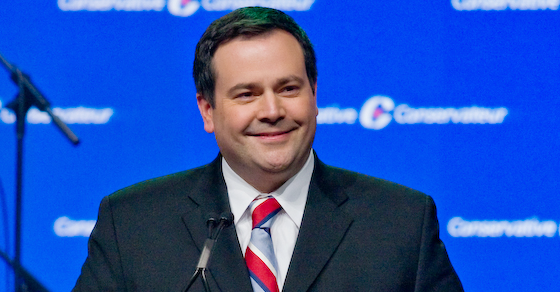 Canada's Defence Minister has gained something of a reputation for saying things that later prove untrue.

This year, Kenney claimed a Canadian frigate was “buzzed by Russian fighter jets,” but NATO officials later said the plane was 128 km away. He also tweeted photos of women in chains to drum up support for Canadian military actions in the Middle East, but it turns out that was a religious ceremony, not ISIS.

Well, here’s another yarn to add to Kenney’s long list of tall tales.

According to local media, here’s what Kenney had to say last week campaigning for Montreal-area candidate Wiliam Moughrabi (whose controversial dating advice has also landed him in hot water):

“Canada was the last to enter into recession during the economic crisis in 2008 and the only country in the world to have eliminated its deficit.”

Is that really true? Is Canada really “the only country in the world” to eliminate its deficit?

According to OECD data, Germany, Norway, New Zealand, Korea, Iceland, Luxembourg, Estonia and Switzerland are all currently in surplus.

And following the 2008 economic crisis, China, Russia, Germany and Korea eliminated their deficits before Canada.

Norway, on the other hand, never went into deficit.

Meanwhile, the Parliamentary Budget Office projects Canada will not balance its budget this year and will instead end the year $1 billion in deficit.

Although the Conservatives’ obsession with balancing the budget is more symbolism than economics – reducing spending when the economy is weak can do more harm than good.

Either way, Canada is on pace for its eighth deficit in a row under Harper’s Conservatives.