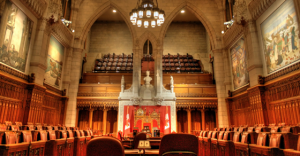 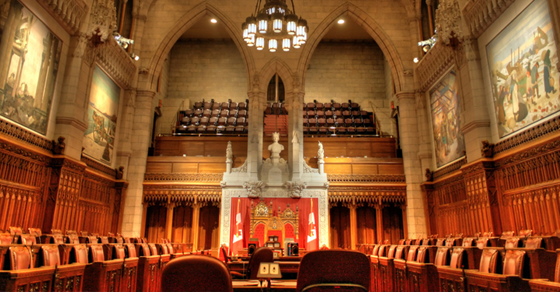 How democratic is Canada's appointed Senate?

How democratic is Canada’s appointed Senate?

In 1864, Sir John A. MacDonald argued Canada needed a Senate to protect “the rights of minorities” – except the only “minorities” MacDonald seemed interested in were “the rich”:

As former Conservative Senator Hugh Segal – who supports abolishing the Senate altogether – sums up the paternalistic thinking of the Fathers of Confederation:

How does Canada’s appointed Senate stack up against the rest of the world today?

Mind you, many of the countries that do are run by authoritarian regimes – and even if they’re both appointed bodies, it’s hard to draw parallels between the Canadian Senate and Iran’s Guardian Council of the Constitution, for example.

But of the 44% of the world’s countries designated “free” and democratic in 2016 by Freedom House, a Washington-based NGO focused on democracy, political freedom and human rights around the world, only 10 countries in the world still maintain upper houses appointed on the recommendation by their heads of government: Only Canada, the United Kingdom and several countries around the Caribbean have Senates that are fully appointed by either the Queen or Governor General on the recommendation of heads of government.

In Canada, Senate appointments are made by the Governor General on the recommendation of the Prime Minister. Similarly, the Queen appoints members to the House of Lords on the advice of the UK’s Prime Minister.

Although Prime Minister Justin Trudeau recently announced a new advisory board to select Senators, the board’s recommendations are not binding – the government itself states that “the decision to recommend … persons for appointment to the Senate rests with the Prime Minister.”

Several countries in Central America and the Caribbean – Antigua and Barbuda, Bahamas, Barbados, Belize, Grenada, Jamaica, St. Lucia and Trinidad and Tobago – are also appointed by the Governor General, although the majority of recommendations come from the Prime Minister and a few are suggested by the Leader of the Opposition too.

The upper houses of several other countries are structured to represent regional interests and members are appointed by regional governments, as is the case in India, Germany, South Africa and Bosnia-Herzegovina.

The upper houses of Ireland and Italy, meanwhile, have a mix of appointed and elected members.

A number of countries have gotten rid of their appointed upper houses, including Commonwealth countries like Australia and New Zealand.

The last provincial upper house was abolished nearly 50 years ago.