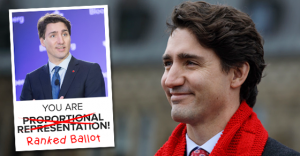 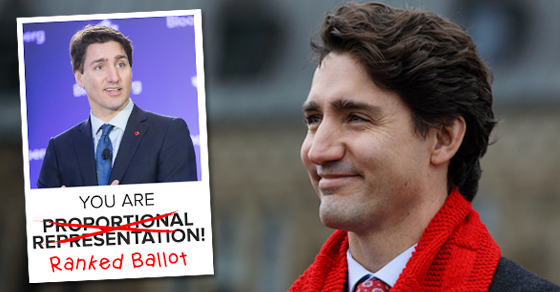 They don't to want to know who your favourite Disney Prince is – they're actually collecting data to replace Canada's voting system.

The Trudeau Government has released an online quiz!

Nope, they don’t to want to know who your favourite Disney Prince is – they’re actually collecting data to replace Canada’s voting system.

But you might wonder why they’re going through the trouble considering an all-party parliamentary committee recommended Canada adopt a proportional voting system with local representation last week.

The Liberals don’t seem pleased, then again Trudeau’s personal preference was ranked ballots, something that was unanimously rejected by experts who spoke to the committee.

You might also wonder what’s up with the questions in the new online survey? Some people who took a look at the quiz noticed a few things missing:

There was simply no room for such an unimportant question in a 20-question survey that asks about mandatory voting twice. https://t.co/XzzQtOWET5

Others seemed taken aback by questions that appear to lead users to give the Trudeau government certain answers:

Man, oh man, some of those mydemocracy.ca questions sure feel like a push poll.

For example, one question nudges users to disagree with the idea that we need parties that “represent the views of all Canadians” by describing these parties as “radical or extreme”:

That question might seem like a false choice – you only need to look at the United States to find evidence that majoritarian systems elect radical extremists too.

Then again, many Canadians might strongly agree that an electoral system that elects governments most people didn’t vote for seems a little “extreme” too.

Or how about this contrast between democracy and getting things done?

Although the Trudeau government invites you to believe the choice between majoritarian and proportional systems is a choice between order and chaos, reality is a little less dramatic.

For one thing, more industrialized countries than not use some form of proportional voting today and they seem to still be functioning.

For another thing, majority governments are also perfectly capable of taking a long time to “get things done” – consider the Trudeau government’s foot dragging on electoral reform, as one example.

Oh, and one more: Should MPs be loyal to their constituents instead of to political parties? Who would say no?

Those with a stake in the status quo often tar-and-feather proportional voting systems by claiming they strip voters of local representation. Except that’s not true.

Countries like Germany and New Zealand both use proportional systems that ensure local representatives still do exactly “what their constituents want.”

Is that what this is about? Is the Trudeau government trying to undermine the committee’s work?