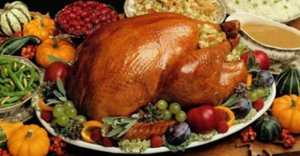 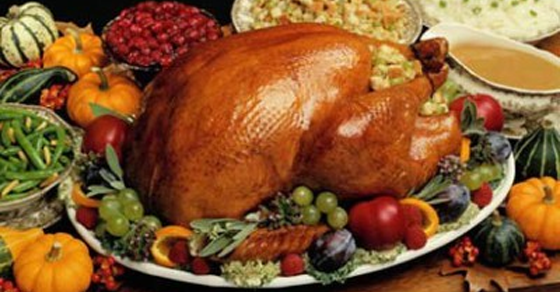 The leaves are changing colour, the smell of turkey's in the air and your Uncle Earl is rambling on about something he heard on right-wing talk radio that got him riled up during the drive over to Thanksgiving Dinner.

It’s that time of year again!

The leaves are changing colour, the smell of turkey’s in the air and your Uncle Earl is rambling on about something he heard on right-wing talk radio that got him riled up during the drive over to Thanksgiving Dinner.

Instead of politely waiting for your Conservative uncle to wind himself down, why not make this the year your family runs a point-by-point fact check on his claims?

Here are a few suggestions:

Your Conservative uncle says: “Stephen Harper is the only one who can be trusted to run the economy.”

Harper actually has the worst economic record of any Prime Minister since World War II.

And some economist he turned out to be: it turns out Harper is the first Prime Minister since Pierre Elliott Trudeau to steer the economy through two recessions. Your Conservative uncle says: “All that matters is Stephen Harper created jobs”

Once again, looking at every other Prime Minister in the last half-century, Harper has the slowest job creation record since World War II.

Harper is also the first Prime Minister in half a century to see the number of people with jobs decline. Of the jobs Harper does brag about creating, those aren’t what they’re cracked up to be either.

According to CIBC, the quality of Canadian jobs has plummeted to a 25 year low, with more Canadians working precarious, part-time jobs in low-wage industries than they did a generation ago.

When are we going to see the benefits for the taxes that were already cut?

And what have Canadian corporations been doing with their cash? One thing’s for sure, they’re not re-investing it – out of 16 advanced economies, Canada ranks dead last for business investment in R&D. And according to the government’s own numbers, cutting corporate taxes is the least effective way to create jobs with a calculated return of only 20 cents in growth for each tax dollar cut (that’s a net-loss of 80 cents).

Meanwhile, the pile of money Corporate Canada is sitting on has exploded to $680 billion, an amount of money exceeding even the size of Canada’s national debt.

With wages stagnating or going down and jobs becoming more insecure and unreliable for most Canadians, promises of tax cuts seem like a quick and easy way of putting money into peoples’ pockets.

Except the pay out for most of Harper’s tax promises ends up being “not meaningful” for most Canadians. His boutique tax credits are often structured in such a way that will see most of the benefits go to the wealthiest Canadians.

And although Harper claims his so-called family tax cut goes to every family, that’s misleading.

9 out of 10 households see no benefit from the income splitting scheme, and families where one spouse earns over $90,000 will receive nearly a billion dollars in tax giveaways.

Your Conservative uncle says: “Well who cares! We’re on a gravy train and it’s out of control!”

Actually, thanks to Stephen Harper, Canada’s federal government has been reduced to its smallest size in half a century.

What was all that ‘fat’ Harper trimmed?

He cut one-third of Veterans Affairs staff supporting disability, death and benefits at the same time as troops were returning home from Afghanistan. He’s cut one-quarter of staff that handle E.I. claims, or one-fifth of Canadian food inspectors to offer just a few examples.