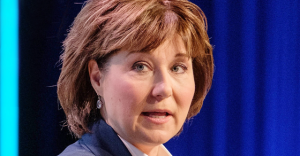 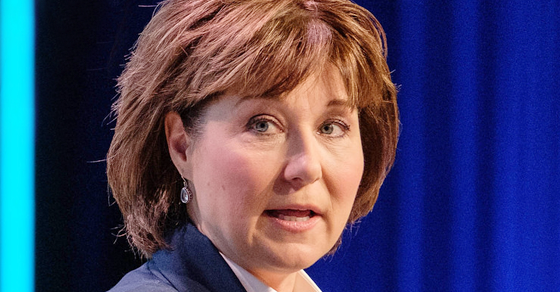 Does BC Premier Christy Clark have a sketchy reputation?

The Victoria Times-Colonist’s editorial board recently suggested Clark’s “ethical standards” do not reflect “the values British Columbians should expect from political parties.”

Meanwhile, the Globe and Mail’s editorial board said Clark’s BC Liberal government is “addicted to money” and added that “the perception that corporate money is influencing government decisions is impossible to avoid.”

From sketchy donations to dodgy expenses to unethical conduct to straight-up scandals, here are 41 times Clark’s BC Liberal government showed that after all these years in power, they might not have a lot of integrity:

Without any evidence whatsoever, Clark claimed the opposition NDP had launched a cyber attack against the BC Liberal website. While that might sound like the dictionary definition of “lying” to you, Clark later clarified she had merely “jumped to conclusions.”

Showing their compassionate side, the Clark government clawed back discounted bus passes for 55,000 disabled British Columbians – a group already more likely to face unemployment and poverty.

Nothing screams serious about climate change like tapping a former director from a right-wing think tank that doubts the science behind climate change, right?

Late on a Friday afternoon in August, the Premier quietly released her so-called “climate leadership plan” – a plan so ineffective at dealing with climate change it was dismissed by one expert as “pathetic and cowardly”.

5) Getting lobbied more than 10,000 times by her own oil and gas donors

An investigation by the Canadian Centre for Policy Alternatives identified nearly ten thousand contacts between officials at BC government ministries and agencies between 2010 and 2016.

Of course Clark somehow found time to go to the photo op.

7) All the donations from other provinces

If all the donations from oil lobbyists wasn’t bad enough, it turns out only a small percentage even comes from BC in the first place – most comes from companies headquartered next door in Alberta.

8) All the donations from other countries

It’s illegal most places in Canada, but not in Christy Clark’s BC – a recent investigation by the Globe and Mail showed Clark’s BC Liberals are taking “cash from offshore oil and gas companies, European pharmaceutical companies and Beijing investment firms.”

9) All the donors getting public sector contracts

As of October 2016, three-quarters of companies awarded with plumb, sole-sourced contracts by Clark’s government are also Liberal party donors. But that’s just a coincidence, surely?

Of course that actually happened too.

Spending $15 million on cynical partisan ads while cutting public services and asking everyone to tighten their belts?

In 2013, the BC Liberals hired former Ontario Liberal staffer Laura Miller as its Executive Director. Not long after, Miller was charged with breach of trust, mischief and misuse of a computer system to commit mischief alongside Dalton McGuinty’s former chief of staff David Livingston.

Despite briefly stepping out of the picture, Miller was subsequently rehired as the BC Liberal Party Executive Director. She has since been appointed the party’s campaign chief.

Why take a commercial flight when a private one will do?

15) Billing taxpayers for a private flight to a fundraising dinner

In April 2016, Clark billed the public $6,054 for a Learjet to fly to Prince George. The reason? A photo op and a visit to the BC Liberals’ annual northern fundraising dinner.

Back in 2015, BC’s Information Commissioner found that the practice of triple deleting e-mails – shielding the government from Freedom of Information requests – was a “routine practice” among Clark government staffers.

The BC Liberals claimed they obtained the NDP’s “secret strategy document” which actually turned out to be a Microsoft Word document highlighting the party’s plan to boost living standards for working and middle class families and fight climate change – very sinister sounding stuff!

19) Taking salary top ups from the BC Liberal Party

Clark already earns a six figure salary as the Premier of BC. So a lot of people were surprised to learn Clark was also paid between $30,000 and $50,000 each year by her own party for fundraising work.

In one of BC’s weirdest scandals, Clark’s government decided to celebrate International Yoga Day instead of National Aboriginal Day and shut down a major Vancouver bridge at a cost of $150,000 for a yoga event.

It turns out all those smiling photos of Christy Clark and her cabinet ministers don’t come cheap!

During debate on Bill 27, legislation to add “gender identity or expression” to the human rights code BC Liberal MLA Laurie Throness argued that recognizing gender identity as a human right is akin to discrimination against those whose views on gender are “rooted in Christian faith.” Seriously.

25) Spending $1 million to upgrade the church Clark goes to

The BC government gave a downtown Vancouver church a massive upgrade worth $1 million. By some coincidence, it also happened to be the same one Clark says she regularly attends.

26) Promoting a company Clark once chaired

According to leaked documents, Clark once served as chairwoman of a company she has regularly touted on official government business since becoming Premier.

27) Allegedly interfering in a local election to help her brother

After announcing a $150,000 community grant, Clark faced accusations she was helping a candidate in a local band election who supported her brother’s $10 million wind farm project.

28) Not telling the truth about BC’s job creation numbers

In 2012, Clark claimed BC was number one in job creation. That was not true.

29) Getting investigated by Elections BC over donations from lobbyists

Last week, Elections BC announced it had launched an investigation into reports that some lobbyists may have had their personal donations to the BC Liberal party reimbursed by third parties.

30) Also, getting investigated by the RCMP for those same reimbursements

Only five days after Elections BC announced its investigation, the RCMP announced its Sensitive Investigations Unit – a unit often tasked with fighting organized crime – is now looking into the alleged “cleansing” of political donations.

31) Giving a $39 million mortgage to a condo developer

Why did BC Housing lend $39 million to the developer of condo project that had nothing to do with social housing?

The Supreme Court dealt a monumental defeat to Clark and her government ending their 14 year battle with BC’s teachers. But despite having fought against the teachers and their demands in court, the Premier suddenly started singing the praises of the court-ordered investments as if they were her own idea.

Widespread outrage followed a leaked document showed the Clark government planned to apologize for historic injustices as a “quick win” designed to “improve our chances of winning swing ridings by better engaging supporters from ethnic communities.”

Eight researchers and contractors at the BC Ministry of Health were unceremoniously fired in 2012. The government claimed they breached the privacy of patient files and the police are investigating. The dismissed researchers suggested the real reason they were fired had to do with the influence of pharmaceutical companies, who also happen to be big BC Liberal donors. In the meantime, the researchers are unable to work and one committed suicide.

36) Making stuff up about the government’s record

During a 2013 radio interview, Clark made a series of claims about her government’s record on deficits, debt, and the province’s credit rating. None of Clark’s claims were true.

37) Getting sued because of partisan advertising

38) Universities hiring Liberal lobbyists to lobby the BC Liberal government

In 2009, Kwantlen Polytechnic University spent $177,000 to hire a Liberal insider to lobby provincial cabinet ministers and MLAs. At the time Amrik Virk, who was then the minister of technology, innovation and citizen’s services, also sat on KPU’s board.

Heavy metals, petroleum, and nitrite-contaminated soil and groundwater relied upon by a Vancouver Island community of 12,000 residents.

In 2016 most of the BC Liberal Party’s top donors came from either developers or the construction industry. Just eight donors contributed nearly $1.5 million of the $12.5 million total collected by the Liberals that year. Maybe that has something to do with Clark’s awful record on housing affordability?

41) All those cash-for-access scandals

Can’t forget all those BC Liberal donors who are also doing business with the BC government.

As the Globe and Mail’s editorial board recently described this “world-class conflict-of-interest”:

It’s “a situation where companies seeking government contracts, approvals or tax breaks can give unlimited sums of money to the governing party. Lobbyists in the province have told The Globe and Mail they feel they need to donate, or their entreaties on behalf of their clients will be ignored.”

Mind you, most of this stuff wouldn’t fly in virtually any other Canadian province – only in Christy Clark’s British Columbia.