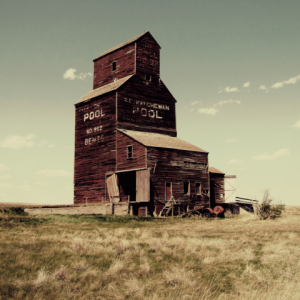 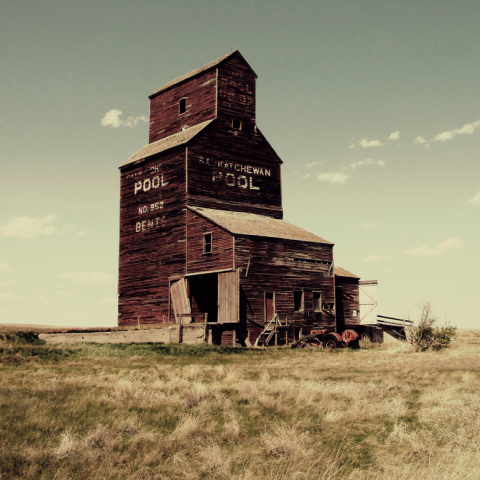 Why won’t the Conservatives in Ottawa do anything to help Prairie farmers get their grain on trains and — wait for it — stave off a national Cheerios shortage? Agriculture Minister Gerry Ritz says that “the railways have arbitrarily decided that they’re not going to run cars that direction… They are a service industry that […]

Why won’t the Conservatives in Ottawa do anything to help Prairie farmers get their grain on trains and — wait for it — stave off a national Cheerios shortage?

Agriculture Minister Gerry Ritz says that “the railways have arbitrarily decided that they’re not going to run cars that direction… They are a service industry that does not care much about service.”

But businesses should be left alone to run their own affairs, says Ritz. That’s why he’s “loath to regulate” the rail companies.

In other words, Ritz is telling us that it’s not the government’s business to get involved if a key industry — one that has a direct role in farmers’ livelihoods and stocking our grocery shelves with food staples — is “arbitrarily” denied service by the railways.

Let that sink in for a second.

Remember, these are the same people who not once, not twice, but thrice intervened in collective bargaining negotiations between railway workers and management. Their justification? They needed to act swiftly to “protect the national economy.”

The Conservatives couldn’t say what it was really about (attacking collective bargaining rights), so used the economy as a pretense. But now they’re telling us that they won’t actually do anything to protect the economy because, you know, businesses need to be left alone to run their own affairs.

So, when rail service is threatened by pesky workers as part of the collective bargaining process, the Conservatives jump “to protect our fragile economy.” But not now.

No Train, No Grain

The problem on the Prairies boils down to grain farmers being unable to get their harvests to market because the railways aren’t willing to ship their grains.

The rail companies blame it on the weather, claiming frigid temperatures require them to limit the number of cars they attach to each train. Farmers, who see trains rolling through town every day, don’t buy this explanation, though.

Bloomberg, for example, points out that shipments of oil and gas have increased while shipments of grain have decreased in recent months.

Others cite the axing of the Canadian Wheat Board. The board, which was the world’s largest marketer of wheat and barley until the Conservatives dismantled it, had more power to negotiate with railroads than private companies do and had more control over coordinating movements to ports.

Already, the price of grain has increased by 25% and the price of oats by 42% since the beginning of 2014, to be passed on to consumers with higher prices for “cereal, cookies and granola bars,” notes the Wall Street Journal.

And Saskatchewan Premier Brad Wall estimates that General Mills has between 15 and 20 days left before we start seeing a national Cheerios shortage. Really.

Here’s what people are saying about the Harper government’s hypocrisy:

“We’re way past the point when we’re losing international customers, when a sector of Canada’s economy is under the pressure it is, we are now past the point of trying to accommodate everyone’s interests on a volunteer basis. We need action.”

“The other day [Gerry Ritz] said he’s loathe to regulate and to step in. Well this is about Saskatchewan producers, this is about supporting the economy, and for the federal agriculture minister to take that sort of approach is offensive, I think, to the producers and it shows how poor of a read the federal Conservatives have on what’s needed when it comes to agriculture in Saskatchewan … [The government’s role is to regulate railways so we] aren’t held hostage by a couple of companies, and that’s what’s happening right now.”

“First of all, it was the Harperites who moved with lightning speed to eliminate the single desk marketing authority of the Canadian Wheat Board, the legislated monopoly over western wheat and barley export sales that existed for nearly 80 years. One of the consequences of the dismantling of the single desk was the removal of the CWB’s role in logistics – moving the $5 billion to $6 billion worth of grain produced in Western Canada every year to export markets.

But in their ideologically driven haste to bring “marketing freedom” to western farmers, the Harperites conveniently ignored the warnings of farmers, academics and the industry that such a wrenching change would require several years, if not decades, of transition.”

“While [Saskatchewan Economy Minister Bill Boyd] called on the federal government Monday at least to oversee level-of-service negotiations between railways and grain companies, Ritz was telling reporters in Winnipeg that Ottawa is ‘loath to regulate.’

Ritz and the Conservatives aren’t the first agriculture minister and federal government to demonstrate an unwillingness to take on the railways. The railways have always been far too cozy with Ottawa, as evident by the 273 railway lobbyists registered in the national capital.

But the added problem with Ritz, the Conservatives and their ‘loath to regulate’ approach is that they are being held captive by their mindless dogma. Meanwhile, market experts, and Ritz’s own grassroots supporters are telling the Conservatives to stop being spineless when it comes to railways.”