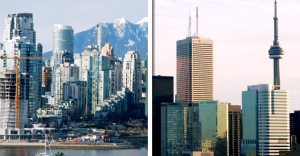 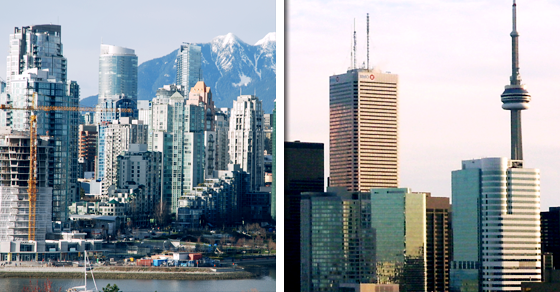 A new report on "young adults living with their parents" from Statistics Canada suggests economic forces are contributing to a "delayed transition" for Canada's twenty-somethings who are taking "longer than previous generations to achieve their independence":

What do you get when you combine a precarious workforce straddled with student debt and out of control housing costs?

A new report on “young adults living with their parents” from Statistics Canada suggests economic forces are contributing to a “delayed transition” to quote-unquote “adulthood” for millions of Canadians in their twenties.

And StatsCan points to “the high cost of education, economic uncertainty or difficulty finding adequate work” as a few reasons why today’s twenty-somethings are taking “longer than previous generations to achieve their independence”:

“Young adults today take longer than previous generations to achieve their independence, as evidenced by their older ages when leaving school, leaving home, entering the labour market, forming a union and childbearing.”

According to the nation’s number crunchers, even though many are “working full-year and full-time,” more Canadians in their twenties are living with their parents now than was the case a generation ago.

Between 1981 and 2011, Statistics Canada reports the number of twenty-somethings living with their parents jumped dramatically from 27% to 42%. Those numbers are even more striking in two of Canada’s biggest urban centres.

StatsCan reports the highest number of twenty-somethings living with their parents was in Toronto (57%) followed closely by Vancouver (47%): But although urban centres like Toronto and Vancouver lead the pack, half of all twenty-somethings in rural Canada also reported living at home too (50.4%).

It’s not difficult to see how economic forces are driving much of the trend.

A 2014 Broadbent Institute poll found both millennials and baby boomers are deeply concerned about the future – over 60% of millennials said they didn’t think permanent, secure full-time work was realistic, while half of baby boomers said they expected their kids would have worse economic opportunities than their own.

StatsCan says of those living at home, over one-third had a university degree and 40.9% were actively participating in the labour force.

Although one-in-four living at home work full-time jobs, the number of young adults who find themselves in temporary jobs and contract work has increased dramatically over the last decade.