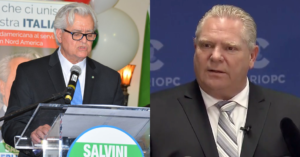 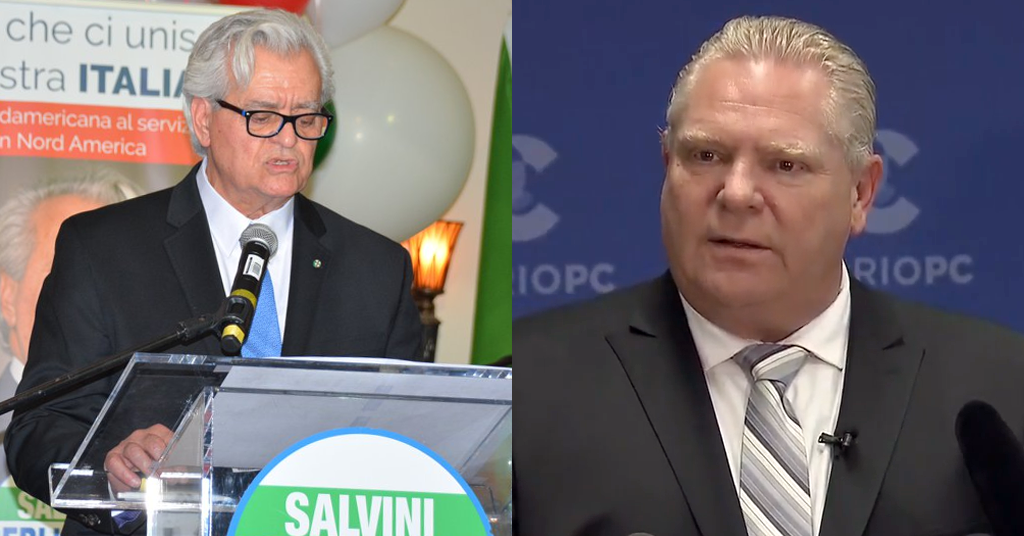 Doug Ford’s Ontario PC leadership campaign accepted over $10,000 from a candidate for Italy’s far-right, anti-immigration party and his family.

Campaign finance records published by Elections Ontario reveal nearly a dozen members of the wealthy Cortellucci family donated close to the maximum amount allowable under Ontario law in February to the Premier of Ontario’s leadership campaign – the family’s combined contributions add up to $11,100.

Mario Cortellucci, the family patriarch and a Toronto real estate mogul, recently stood as a failed candidate for the Italian Senate during the European country’s most recent elections in March, a position reserved for Italian citizens living abroad.

Cortellucci ran under the banner of Italy’s far-right, anti-immigrant coalition party led by Silvio Berlusconi, Giorgia Meloni and Matteo Salvini. The party campaigned on promises of mass-deportations and shutting down hundreds of mosques.

Cortellucci’s campaign posters prominently featured the name of Salvini, Italy’s new and controversial interior minister who has quickly moved to close ports to refugees and begun a program targeting the country’s Roma population.

Earlier this year, Vaughan Mayor Maurizio Bevilacqua caused widespread anger among local residents and was slapped with an integrity complaint after he endorsed Cortellucci’s bid for the Italian Senate.

As CBC News reported, residents criticized the mayor for endorsing a party that promotes “extreme right, ultra-nationalist” policies that do not reflect “who we are as a city” or a “country.”

Doug Ford and Cortellucci last made headlines together when the former Toronto city councillor proposed building a monorail and an NFL stadium for a non-existent football team on land that Cortellucci happens to control a long-term lease.

Cortellucci also made headlines in the early 2000s over his plan to ship garbage to the Adams Mine in northern Ontario, as well as his ambitions to develop farmland that sits in the greenbelt between the GTA and Barrie – an idea Ford himself floated just before the election campaign, after speaking with “some of the biggest developers in this country.”

The family was also named in a 2012 conflict-of-interest complaint filed with Brampton’s integrity commissioner after nine Cortelluccis made sizeable donations to Brampton Mayor Susan Fennell, including several who recently made donations to Doug Ford’s leadership campaign.

The Cortelluccis have given well in excess of $100,000 to a variety of Conservative and Liberal candidates at different levels of government over the last few decades.

Although the leadership race ended in March, Elections Ontario records show several members of the Cortellucci family desposited $1,200 donations do Ford’s leadership campaign on May 2.

The remaining three, including Mario Cortellucci, deposited $1,200 donations on May 8 – one day before the election campaign officially kicked off.