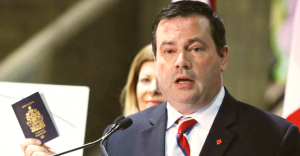 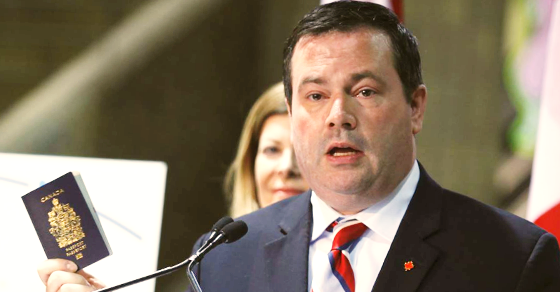 If you don't support Jason Kenney's bid to lead Alberta's Progressive Conservatives, some of Kenney's allies will launch gender-based attacks on you.

If you don’t support Jason Kenney’s bid to lead Alberta’s Progressive Conservatives, some of Kenney’s allies might launch gender-based attacks on you.

Shortly after, fellow Rebel personality Sheila Gunn Reid took to her YouTube soapbox to tar-and-feather Quest, denouncing him as a Liberal and even taunting the former MLA for losing to a “gender-queer Colombian immigrant” during the last election.

What does the gender and country-of-birth of MLA Estefania Cortes-Vargas (who Quest ran against during the last election) have to do with Quest’s choice to support or not support Kenney?

And who knows how this kind of abusive rhetoric is supposed to help Kenney unite anybody behind him?

The feud began when Quest told Levant he did not think Kenney was a “good fit” in the PC party and called Kenney’s entry into the PC leadership race a “wake-up call” for long-time party members.

Gunn Reid responded by accusing Quest of joining “the shrill chorus of the panicked and scared who reject the idea of Jason Kenney leading their party.”

“No one should care what he has to say about Jason Kenney,” Gunn Reid added, emphasizing her point by stating Quest is “a Stelmach loyalist who lost the last election to a 20 something, gender queer SJW NDP MLA.”

And Gunn Reid stepped up her attack on Cortes-Vargas in the video:

“The generally conservative people in Quest’s riding were so sick of him and the old PC cronyism and scandals that they decided to vote for a gender-queer Colombian immigrant … When they voted for her, did they know she would be seriously hung up on the pronouns used in the legislature?”

Gunn Reid’s post concludes by stating “I think we can agree it’s time to do something different with the conservative movement in Alberta” that links to another Rebel Media article titled “if anyone can unite the right, it’s Jason Kenney.”

Which only begs the question: is Jason Kenney cool with people associating his name with this kind of negativity?

Speaking of which, last week on Rebel Media, Kenney fielded a question from Levant on transgender students – a great opportunity for Kenney to clarify that yes, he will speak up for LGBTQ students.

Instead, Kenney chose to answer that question with paranoid ramblings about “social engineering” in Alberta’s schools:

Maybe that says everything we need to know about Jason Kenney?