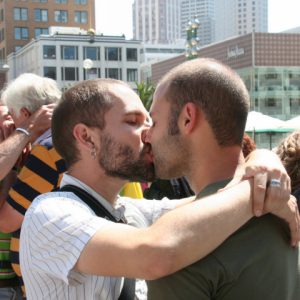 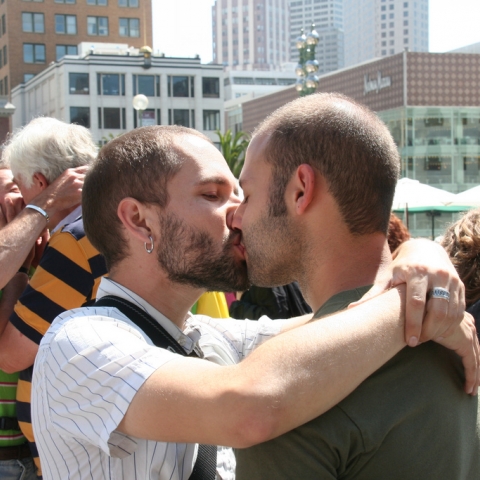 Back when Kirk LaPointe was a newspaper man, he had to make a lot of tough editorial calls. Just as pride weekend kicks off in Vancouver, the mayoral candidate running under the conservative banner of the Non-Partisan Association (NPA) may be wishing he had never spiked a picture of two gay men kissing for fear of offending […]

Back when Kirk LaPointe was a newspaper man, he had to make a lot of tough editorial calls.

Just as pride weekend kicks off in Vancouver, the mayoral candidate running under the conservative banner of the Non-Partisan Association (NPA) may be wishing he had never spiked a picture of two gay men kissing for fear of offending readers.

After all, LaPointe is trying to soften the NPA’s hard edges, with its less-than-stellar record on gay rights.

Back in 1999, while serving as Editor-in-chief of The Hamilton Spectator, LaPointe decided against publishing a picture of two men kissing at a Gay Pride Week kiss-in at McMaster University.

In a signed editorial under the headline Photo decisions based on needs, taste, LaPointe explained that the “image itself would be offensive to a number of our readers.”

Apparently, the kiss was also a “provocative gesture” and a “basic stunt” at a “staged” event, so he wasn’t going to be used like that, LaPointe explained in the October 15, 1999, front page piece.

One of the men in the spiked photo had something to say about LaPointe’s explanation.

In a letter to the editor published the next day, Bryce Rudyk explained that the event wasn’t staged, although the Spectator photographer “told us where to stand, which way to look and whether there should be people in the background.”

“A quick glance through the first section of Friday’s paper and we will see that every picture, with the exception of the one on the front page, also appear to be staged. Beyond all of these things, there is a greater concern and one that has compelled me to write this letter. Editor-in-chief Kirk LaPointe seems not to have read the article by his columnist Susan Clairmont on the kiss-in and therefore missed the purpose of the kiss-in — to desensitize the general public to the sight of two people of the same gender kissing,” Rudyk wrote.

“In the space of a few typewritten lines, LaPointe devalued and marginalized our relationships, essentially saying that we were offensive and not ‘normal’ enough to run a picture in his paper.”

It sure is easier to get behind gay rights and pride events after trailblazers took on political risks and lay the groundwork for our acceptance.

Photo: btaroli. Used under a Creative Commons BY 2.0 licence.