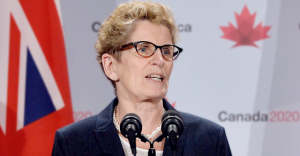 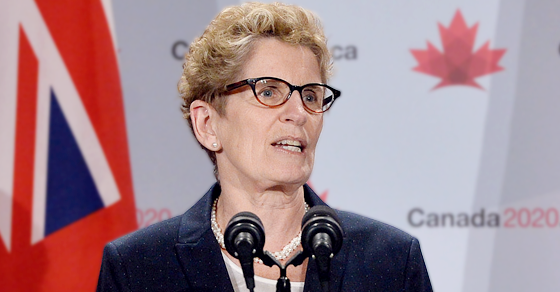 Does anyone trust the Ontario Liberals to change the same campaign finance rules they exploited?

Let's get this straight: the Ontario Liberals caused a problem, and now they argue only *they* can be trusted to fix it?

Let’s get this straight.

The Ontario Liberals caused a problem, and now they argue only they can be trusted to fix it?

Except there’s one big catch: the Ontario Liberals have decided they will decide the new rules on their own.

With “an unusual show of unity,” the opposition parties objected Tuesday. They argue any changes to campaign finance rules should be decided by an independent, non-partisan panel with equal representation by political parties, as well as members of the public, labour, business and academia.

After playing fast and loose with the rules on so many occasions, all of a sudden Wynne now claims the problem is too urgent to slow down and consult with others.

She even went so far as to accuse the opposition parties of working to prevent the Liberals from making changes to the same rules the Liberals have been exploiting for years:

What an interesting turn of events!

So, why is Wynne suddenly in a rush to push through changes?

Could it maybe, just maybe have something to do with any of these following reasons:

• Instead of focusing on their jobs, Wynne’s cabinet ministers – including important departments like Health, Transport, Energy and Finance – are instructed to meet annual fundraising quotas for the Ontario Liberal Party.

• Worried he wasn’t going to meet his quota last month, Ontario’s Economic Development Minister Brad Duguid reportedly relied on his staff to shake down wealthy donors for cash rather than, you know, work on issues related to the public interest.

• During a recent by-election, the Ontario Liberals exploited a loophole in campaign spending limits to grab a staggering $1.6 million in donations, largely from corporations.

• Last month, it was revealed Finance Minister Charles Sousa and Energy Minister Bob Chiarelli hosted a secret $7,500-a-plate dinner for executives from the Royal Bank of Canada, TD Bank, CIBC, Goldman Sachs, Barclay’s and Raymond James – firms that all had a stake in the privatization of Hydro One, and something the energy and finance ministers sort of had an interest in too.

You might call that a conflict of interest, but Sousa calls it “part of the democratic process.”

To sum up: loopholes have been exploited, lines have been blurred and several cabinet ministers could be perceived to be in conflicts of interest.

Why, oh ever why, would Wynne be opposed to having a discussion about new rules?