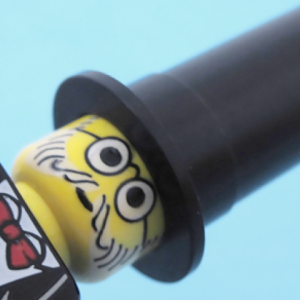 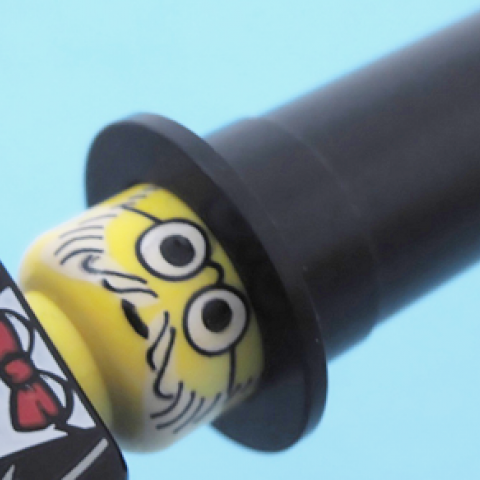 What’s the matter with kids these days? According to one wealthy corporate executive, the problem is they’re taking the words “corporation” and “profit” in vain. That’s what Gwyn Morgan tells readers in a Globe and Mail opinions piece. Morgan is the former CEO of oil and gas company EnCana who served as chairman of SNC-Lavalin‘s board […]

What’s the matter with kids these days?

According to one wealthy corporate executive, the problem is they’re taking the words “corporation” and “profit” in vain.

That’s what Gwyn Morgan tells readers in a Globe and Mail opinions piece.

Morgan is the former CEO of oil and gas company EnCana who served as chairman of SNC-Lavalin‘s board of director until last year. He’s acted as an advisor to BC Liberal Premier Christy Clark. Stephen Harper tapped him to head a review board for public appointments, but MPs nixed the idea.

As Morgan explains it, Marxist school teachers and Hollywood movies, such as the the Lego Movie, are warping “the minds of students” in such a way that it’s impossible to see how “positive thoughts about the private sector [will] survive the teenage years.”

And what could be the end result of watching the Lego Movie?

“One of history’s most powerful lessons is how Marxist-socialist theory inspired the subjugation and impoverishment of half the world’s population, while free-enterprise capitalism saw the other half achieve historic levels of prosperity, social progress and personal freedom. A starkly clear example is Germany. When the Berlin Wall came crashing down in 1989, West Germany had risen from the ashes of war to become the world’s second-largest economy, while socialist East Germany was an impoverished wasteland. Yet, in recent years, the principal conveyer of the benefits of free-enterprise capitalism, the corporation, has come under attack. Increasingly, the words ‘corporate’ and ‘profit’ are being used as derogatory adjectives.

It’s hard to believe that these colossal 20th-century lessons could already be forgotten. But how many students are being taught those lessons? Sadly, very few. Not only do our schools and universities fail to teach these historical facts, many teachers and university professors expose students to the same left-wing anti-business rhetoric espoused by their union leaders. Some even see sinister motives behind well-intended corporate philanthropy. University professors decry putting donor’s names on plaques recognizing support for the construction of classrooms or laboratories, and some even believe that corporate recruitment literature should be banned from campus. Where do they think jobs for their students will come from and who pays the taxes that help pay their salaries?”

TAKING A FEW DETOURS DURING STROLL DOWN MEMORY LANE

Of course, people didn’t point to East Berlin as a model society of the future.

But Morgan’s stroll down memory lane tip toes around a sketchy history of corporate corruption and abuse — one that might go a long way towards explaining why those meddling kids now use corporate buzzwords for swearing.

Fully driving Canada’s top-place finish was SNC-Lavalin, where Morgan served as chairman of the board. SNC-Lavalin and its many subsidiaries around the world actually made up a full 16% of all companies named to the global blacklist.

One SNC executive was charged by the RCMP for allegedly bribing officials in Tunisia’s dictatorship. Another jailed executive alleges that the company paid tens of millions in bribes and kickbacks through Swiss bank accounts and offshore tax havens to secure construction contracts in Libya under the Muammar Gaddafi regime.

And then there was the time an SNC employee was accused by the company of plotting to help one of the late Gaddafi’s playboy sons escape Libya during the 2011 Civil War. Papers later released by the RCMP alleged SNC Lavalin had offered Saadi Gaddafi a six-figure VP position in the company and tried to secure him a Canadian work visa.

And according to court filings by a former SNC-Lavalin VP, the company allegedly funded trips to the Toronto International Film Festival for Boy Gaddafi (including a performance by rapper 50 cent) and covered the tab for a Toronto luxury condo.

Given all this, much has been written about SNC-Lavalin’s board of directors.

“We have a board that didn’t keep its eye on things,” investment mogul Stephen Jarislowsky said in 2012. “The discipline was pretty loose.”

For Morgan’s part, he acknowledged mistakes were made.

Morgan blamed “a small number of people [who] deliberately set out to falsify documents, commit bribery and cover up theft” that “has proven to be true at corporations around the world.” And he stands firm that SNC-Lavalin’s board was “perhaps the most diligent I have ever seen.”

So what’s the real lesson from Morgan’s SNC-Lavalin experience?  Here’s what Canadian Business magazine came up with in an editorial last year.

“In my mind, it is that corporate corruption and scandal will continue for exactly as long as the people at the top fail to take responsibility for it. As chairman, Morgan was one of the most influential and powerful forces at SNC. When he fails to claim responsibility for the fraud and corruption that took place on his watch, in my opinion, he is enabling it,” Duncan Hood, the editor at the time, wrote.

Have to wonder what kind of message that sends to kids these days?

Photo: pasukaru76. Used under a Creative Commons BY-2.0 licence.