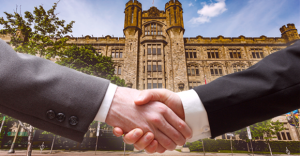 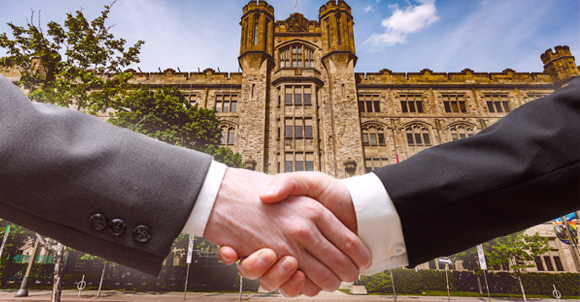 The secret deal not only allowed the wealthy clients of accounting firm KPMG to escape penalties or fines, but it also allowed them to avoid prosecution.

But according to one CRA employee, “KPMG is nothing — you should see some of the stuff. It’s the tip of the iceberg and it’s been going on forever.”

A recent report published by Canadians for Tax Fairness, based on interviews with 25 current and newly retired CRA auditors, investigators and managers, blows a whistle on large companies and accounting firms pressuring officials at Canada’s beleaguered tax agency in an attempt to avoid paying their fair share of taxes.

“There is an explosion in the number of tax lawyers, accountants and financial advisors recommending questionable avoidance schemes,” the watchdog group states, and “big businesses aren’t shy about throwing their weight around when it comes to taxes.”

As one CRA employee puts it:

“When you get to a certain level in corporate Canada, there is a reality that you can pay very little tax. Get a big enough company with enough lawyers, it’s just a matter of argument.”

Canadians for Tax Fairness says “it is common for business owners to lobby politicians for more lenient treatment by the tax authority.”

Another CRA employee puts it bluntly:

According to the report, attempts to influence the outcome of tax investigations run so deep, some companies even attempt to recruit the same CRA employees who are investigating them for tax avoidance:

“Some government employees have received thinly-veiled job offers during the interactions with the people they are supposed to be investigating. It is common knowledge inside the agency that highly qualified staff members receive offers of employment on a regular basis. Others have felt pressure to recommend an out-of-court settlement – even having a settlement cheque presented to them right at a meeting table.”

Although decisions on pursuing tax cheats are often ultimately taken by officials at the Department of Finance, one former CRA employee says the department’s reasons for not prosecuting high-level offenders isn’t always clear.

What’s more, some CRA employees complain of corporate lobbyists working to influence “political heavyweights” to interfere with the audits:

“If the company you’re auditing is big enough, they might hire a lobbyist and try to get some influence in Ottawa … I had a case of that. Political heavyweights started coming in … it was sort of suggested by headquarters that I drop certain things…”

One ex-CRA employee recalled an example where decisions were made based on arguments about “competitiveness” and “whether they had broken the law was secondary”:

“One respondent was convinced that his unit’s professional methodologies clearly laid out how companies were crossing the line with their tax strategies. His superiors could see that as well. He suggested decisions not to proceed were based on an argument the companies and their lobbyists made about competitiveness. Whether they had broken the law was secondary.”

All of this comes as cuts to at CRA have left the agency “weaker and less able to carry out its function.”

As one CRA employee explains:

“We used to have enforcement divisions at almost every single office of the CRA … Now they call them Centres of Expertise. They have one in Toronto and another one in Calgary. Well, between Toronto and Calgary it’s a big area … and you have nobody in enforcement in that area.”

The watchdog group states interviews with the CRA whistle blowers cited in the report were conducted in person, but with an agreement their names would not be made public.