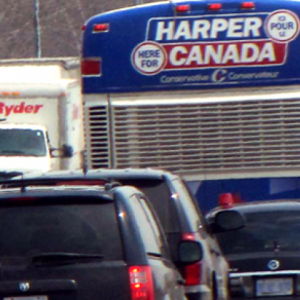 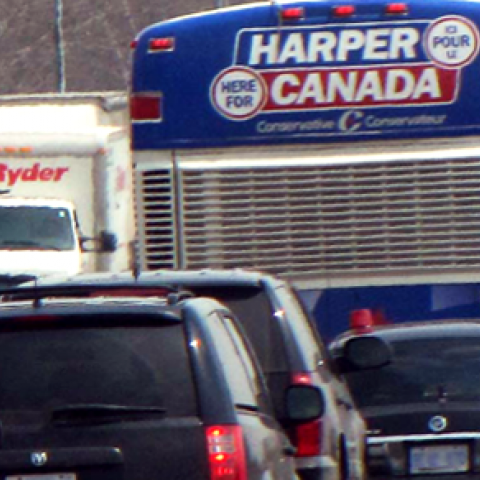 Looks like it’s bumper-to-bumper on the P3! Despite the Conservative government’s recent pledge to spend $1 billion a year to “build up” public transit, Canadians will likely have to wait years for the cash to actually be spent on new subway tracks and light rail projects. Why is that? It turns out money from the […] Despite the Conservative government’s recent pledge to spend $1 billion a year to “build up” public transit, Canadians will likely have to wait years for the cash to actually be spent on new subway tracks and light rail projects.

Why is that? It turns out money from the new Public Transit Fund is being doled out through PPP Canada Inc. — that’s the federal crown corporation responsible for setting up public-private partnerships — and they’ve only managed to spend a tiny fraction of the funds they’ve already been allotted since getting up and running in 2009.

Finance Minister Joe Oliver didn’t mention that these public-private projects take years to get shovels in the ground in his budget speech. Instead, he boasted about a $1 billion every year to tackle gridlock with “a permanent source of funding to provinces and municipalities for major public transit projects.”

And don’t tell that to the Conservative Party, which sent off a fundraising email this week by MP Roxanne Dawson, claiming the Conservatives would “build up to $1 billion each year” in new public transit projects:

Here’s what we can expect.

When the government created PPP Canada, it put $1.2 billion into a P3 Canada Fund in 2009 to build infrastructure projects through public-private partnerships. In 2013, the government rewenewed funding for the fund with an additional $1.25 bilion over five years.

So after seven years and nearly $2.5 billion for this fund, how much of that money has actually been spent?

According to PPP Canada’s most recent annual report, they’ve disbursed a grand total of $27.9 million — a measley 2.3% of all available funds ($1.13 billion has been committed but isn’t yet out the door).

And in its presentation at its most recent annual public meeting in September 2014, PPP Canada breaks down these commitments. They show planned commitments of $56 million in 2015-16, $174 million in 2016-17, and $77 million the following year.

The remaining $774.4 million is “planned 2019 and thereafter” — a decade after the funds were first announced.

The Spring 2013 Auditor General’s report examined the P3 Canada Fund, and the audit found that the crown corporation had received $683 million of the initial $1.2 billion, but had only dispursed $23 million.

“PPP Canada is expected to receive the remainder of the $1.2 billion by the end of 2013-14 fiscal, with only $83 million of those funds likely to be disbursed by that time.”

Here’s what that looks like, courtesy of the AG’s audit: