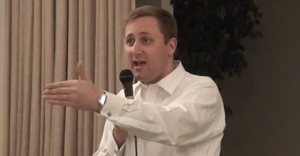 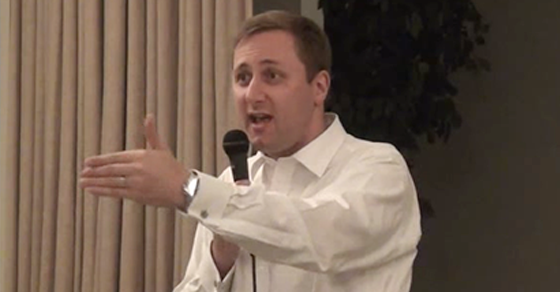 What constructive ideas are Conservatives bringing to the climate change debate?

Speaking at a recent Christmas luncheon for a group opposing bilingualism, Conservative leadership candidate Brad Trost offered a good one-liner to sum up his thoughts on climate change:

“Man-made climate change is a lot of hooey.”

Trost assured the audience that he studied “geophysics” as an undergrad.

“I’m the scientist in the race,” Trost said. “When I talk about climate change, I actually know what I’m talking about.”

However, Trost’s scientific conclusions are at odds with mainstream science, including organizations like the Canadian Geophysicists Union who actually endorse the scientific consensus that “climate change has been caused by human action.”

Trost also took aim at leadership rival Michael Chong, who supports pricing carbon, and criticized the entire field of Conservative leadership candidates for not taking a strong enough stand against “the whole silly agenda these guys have”:

“​I​t’s the whole silly agenda these guys have that we need to be opposed to. It starts with, I’m going to use the term loosely and ironically, our friends in the United Nations who want to bring big government, impose it, and spread it to our government here in Ottawa. It doesn’t matter if they call it Agenda 21, carbon tax, whatever it is, it’s a power grab.”

“In the last several years, an obscure United Nations accord called Agenda 21 has emerged as something of a unified field theory for the antigovernment movement. On its face, Agenda 21 does nothing but provide countries and communities with a set of principles to grow smartly — a plan, in short, to fight overpopulation, pollution, poverty and resource depletion.

But for a far-flung network of antigovernment extremists who have risen up to attack it, the nonbinding document that was approved 20 years ago at the UN’s Earth Summit in Rio de Janeiro is not really about preserving the planet at all. Between the lines, they argue, lies a blueprint for the ‘New World Order’.

… It’s on the radical right that the UN plan has become a touchstone of a larger theme that equates environmentalism with totalitarianism and the loss of individual freedom. For a growing cast of far-right hardliners, Agenda 21 is a sort of Trojan horse, a totalitarian scheme with a green environmental mask, lying in wait to destroy America as we know it.”

Asked if Trost believes Chong is working in support of this “silly agenda,” a campaign spokesperson told PressProgress that Trost has “known Michael Chong long enough not to question his motives.”

“Brad is sure Michael is sincere in his concerns that climate change is the result of human activity. However, Brad disagrees with him on that point.”