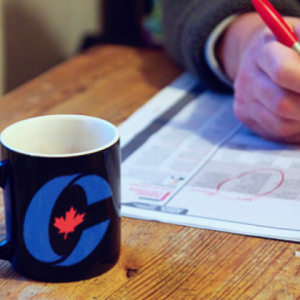 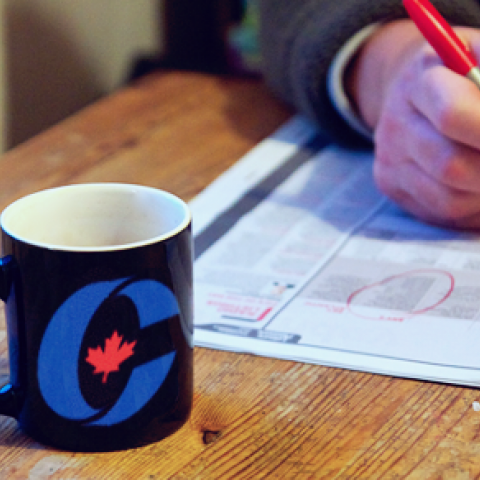 One of Canada’s major banks says the quality of Canadian jobs is taking a nosedive.

And even though Stephen Harper likes to pat his own back and praise his own jobs record, CIBC tells us the quality of Canadian jobs has been steadily trending downwards throughout Harper’s time as prime minister.

This is one of Harper’s familiar refrains:

“There are actually more Canadians working today, than at any time in our country’s history.”

This statement is technically true. As economist Mike Moffatt points out, “the claim that the number of Canadians with a job is at an all-time high is factually true, but misleading due to population growth.”

So there are more jobs than at any time in Canadian history in 2015 because there are more people than there were in 1867. In reality, the percentage of Canadians with a job is actually lower now than at the lowest point of the recession.

But Harper can claim one historical accomplishment: according to CIBC, the quality of Canadian jobs has hit new lows under his watch: As CIBC’s deputy chief economist put it: “Our measure of employment quality has been on a clear downward trajectory over the past 25 years.”

Here’s what Harper had to say in January:

“Since the worst of the recession, the Canadian economy has created nearly 1.2 million jobs – overwhelmingly full-time, high-paying, private-sector jobs.”

And yet, CIBC says part-time jobs — typically precarious work with few benefits — have been “overwhelmingly” rising over full-time jobs: This reinforces data crunched by the Globe and Mail several months ago that found a little over a quarter of all workers want to be working full-time, but have to take part-time jobs to make ends meet.

But according to CIBC, the biggest job growth isn’t coming from businesses — it’s coming from people creating their own jobs.

Self-employment, another job category with little security and few benefits, can include anyone from consultants and freelancers to those doing odd-jobs to scrape by or simply people “putting a brave face on their unemployment.” As this chart shows, the self-employed are dwarfing the number of paid employee positions: Harper also likes to brag about job creation being “overwhelmingly” in “high-paying jobs.”

Not according to the CIBC analysis: No wonder one-third of Canadians say they’ve “fallen behind” financially over the last decade.