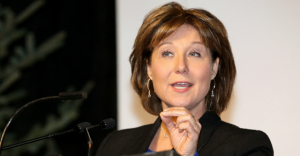 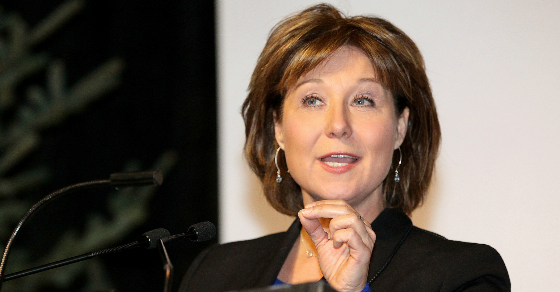 After reading the "secret" plan, leading experts had nothing but good things to say about it.

No, they didn’t release all those triple-deleted e-mails from back when the premier’s office breached BC’s freedom-of-information laws.

It’s something much, much worse: a Microsoft Word document that allegedly details BC NDP leader John Horgan’s plan to lead on climate change while simultaneously helping the province’s working and low-income families.

Guess so, seeing as Clark’s BC Liberals issued a press release alleging they’d obtained a “secret strategy document” that proves once and for all that “the NDP are planning to sell out BC’s best interests.”

While we’ll have to take their word on the authenticity of the document, the BC Liberals may have made a big mistake uploading this supposedly super secret document to the Internet for everyone to read themselves.

Here’s one bombshell included in the smoking gun Word document:

Clark’s right – this does sound bad!

And although the BC Liberal press release quotes Clark’s environment minister Mary Polak calling the NDP’s commitment to tackle climate change a “damaging climate scheme,” leading environmentalists had nothing but praise for the plan.

“We are absolutely encouraged by this plan,” Pembina Institute’s BC Director Josha MacNab told DeSmog Canada.

And here’s what Clean Energy Canada’s senior analyst Jeremy Moorhouse had to add:

“The NDP’s proposed Clean Growth and Climate Action plan targets two critical goals: growing BC’s economy and driving down carbon pollution … Our research has found that both these objectives can be met with a well-designed clean growth and climate strategy, one that would add 270,000 jobs to BC’s economy by 2025 while cutting carbon pollution.”

Meanwhile, some members of Clark’s own Climate Leadership team took to Twitter to slam the BC Liberals for spreading what they viewed to be “misinformation” and other dishonest claims about what the super secret document actually says:

Dear @maryforbc @christyclarkbc I expect more from BC leaders than misinformation & fake news. @bcndp plan does not cost more #bcpoli

In fact, here’s another shocker hiding in the secret document: Horgan allegedly wants to implement recommendations from the panel of environmental experts on BC’s Climate Leadership Team, the very same ones Clark’s government ignored:

And while the BC Liberals allege the super secret Word document exposes Horgan’s super secret plan to take “money out of families’ pockets,” the document literally says the exact opposite.

It fact, the document explicitly commits to ensuring the costs of carbon taxes are paid by corporations that profit off pollution rather than working families “living paycheque to paycheque” by offering rebates to “80% of BC families” in advance: Anyway, that didn’t go so well.