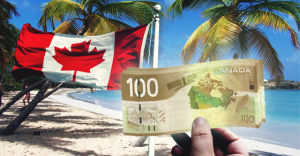 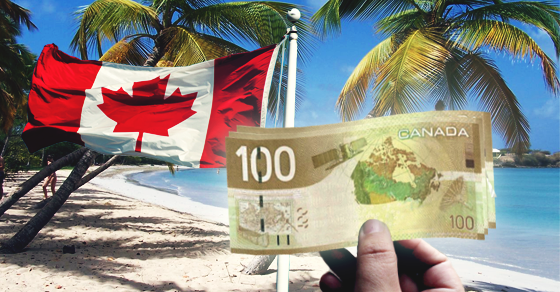 Why does the Canadian government still have no clue how much money it's losing to tax dodgers?

Why does the Canadian government still have no clue how much money it’s losing to tax dodgers?

That’s a question one Liberal Senator would like answered.

Even with the leak of the Panama Papers this week – said to implicate as many as 350 wealthy Canadians in offshore tax schemes – Canada still has no clue exactly how much money it loses to tax cheats each year.

At the time, Page said he was unable to move forward because Canada Revenue Agency refused to release the data to the PBO.

But after meeting with Revenue Minister Diane Lebouthillier, Downe now says he’s left with the impression nothing will change.

Downe says “this should have been immediately forthcoming to the PBO with the change of government.”

He also released a letter from Lebouthillier stating CRA will “study the concept of the tax gap” along with “its components to understand related methodological and data considerations.”

A briefing note to the minister obtained by CBC shows Lebouthillier was told “estimating the international tax gap is complex and requires reliable and consistent data from other jurisdictions – this is a more difficult task, given the large number of countries and institutions / intermediaries involved.”

As current Treasury Board President Scott Brison, then the Liberal revenue critic, pointed out at a 2014 Finance Committee meeting:

“Why aren’t we following the lead of 14 other OECD countries, including the U.S. and the U.K., in publishing an estimate of Canada’s tax gap?”

The Liberal government’s recent budget pledged $88 million per year over five years to help CRA target “criminal tax evaders,” although questions remain about how much will be invested in new resources.

But Downe says without knowing how much money Canada is losing to tax dodgers, “no one knows” if that’s enough:

“It is certainly positive news that the Canadian government will dedicate $444.4-million to fight tax evasion and avoidance, but until the Canada Revenue Agency identifies the amount of the tax gap, no one knows if it needs $444.4-million in extra resources, or $888.8-million.”

That’s a point Liberal MP Kevin Lamoureux appeared to agree with in 2013:

“How can we take the government seriously in terms of a strategy to deal with the tax evasion issue if it is not prepared to publish official information such as the tax gap, which would go a long way in not only identifying it and following through with it but dealing with such issues as increasing resources to Canada Revenue Agency, so we have the proper resources to go after those individuals who are evading our tax system?”

Assistant parliamentary budget officer Mostafa Askari told CBC he’s getting the same resistance from CRA that his office got under the last government, suggesting “we may not reach an agreement.”

Canadians for Tax Fairness estimates the amount of Canadian money flowing to only 10 of the world’s top tax haven countries grew to nearly $200 billion in 2014.