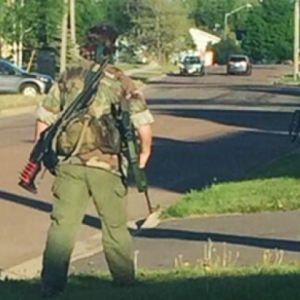 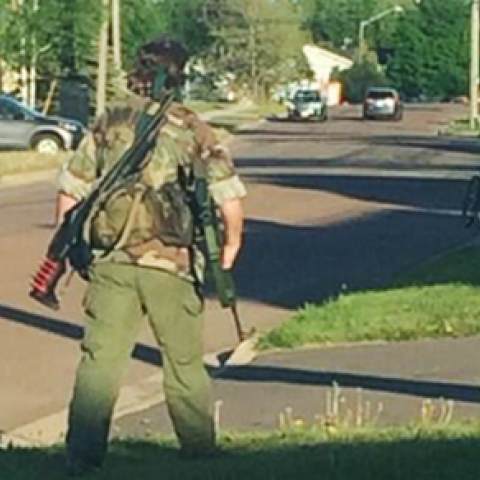 Maybe they should have waited until the manhunt was over. When schools and businesses were shut down and people were hunkered down in their basements while police searched Moncton, New Brunswick for a gunman dressed in military fatigues who had already killed three RCMP officers and wounded two others, Canada’s “largest and most effective” pro-gun […]

Maybe they should have waited until the manhunt was over.

When schools and businesses were shut down and people were hunkered down in their basements while police searched Moncton, New Brunswick for a gunman dressed in military fatigues who had already killed three RCMP officers and wounded two others, Canada’s “largest and most effective” pro-gun lobby group saw this as the perfect opportunity to remind people that lawful Canadian gun owners are overburdened with “excessive rules.”

Here’s an excerpt from a press release issued on Thursday by the National Firearms Association of Canada:

Incidents like these demonstrate the validity of the mounting evidence that none of Canada’s firearms control efforts over the past 50 years have had any effect on preventing violence, or otherwise stopping bad people from carrying out their evil deeds.

It is clear that Canada’s excessive firearms control system has failed again. The excessive rules in place do not in any way increase public safety, but merely contribute to an expensive and unnecessary regime which harms only those of lawful intent.

So, to sum up what the group is saying: if X fails to prevent Y on one occasion, then this is proof X never prevents Y, therefore get rid of X.

Here’s how that failed logic looks when applied to other scenarios:

That’s the jist of what the NFA thought Canadians needed to know in the middle of a shooting rampage.

A long history of advocating for looser gun regulations

It’s not surprising the NFA would offer such a defensive reaction to a mass killing.

The group has long opposed regulations placed on firearms, particularly campaigning against the long-gun registry and even filing a motion in the Supreme Court of Canada against the Quebec government to prevent Quebec from preserving gun registry data — something police chiefs endorsed as a measure to help ensure the safety of police officers.

The guns used by the accused shooter, Justin Bourque, appear to be an M14 semi-automatic rifle and a Mossberg 500 SPX shotgun. Both fell under the long gun registry scrapped by the Harper government.

Bourque was arrested early Friday, and the media has now turned its attention to “huge red flags,” such as posts on his Facebook page.

Here’s a sampling of Bourque’s “worrying” social media posts advocating a hard-line, libertarian stance towards gun ownership and the police:

Now check out these ones posted by the National Firearms Association on its Facebook page: