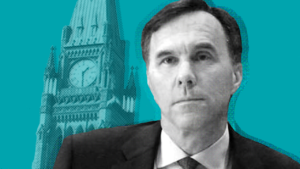 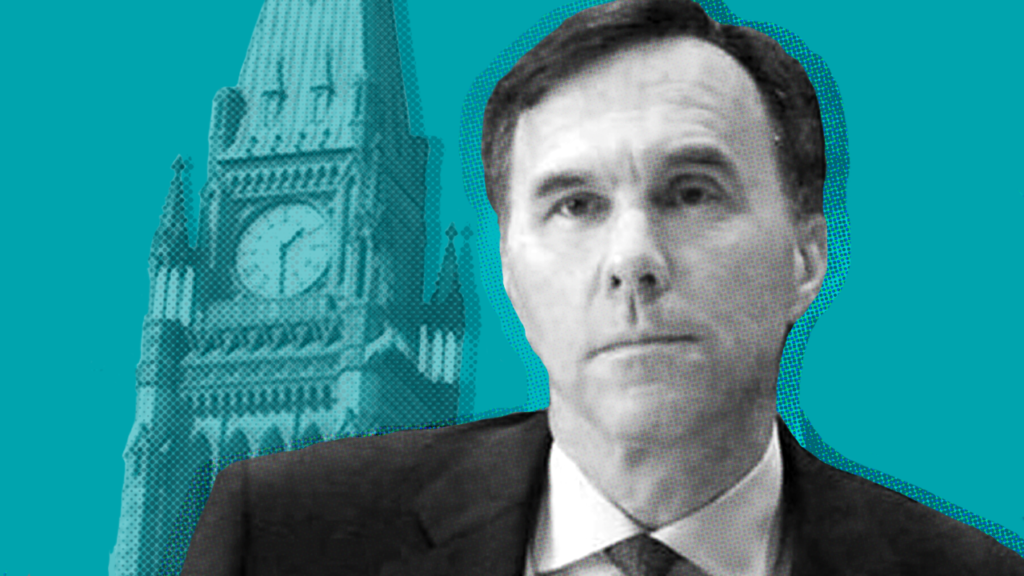 But Morneau would rather talk about being a “fitness buff,” getting “teary-eyed” during Lindsay Lohan movies and the way he identifies with “Bruce Wayne” – Batman’s millionaire philanthropist alter ego.

Apparently, those are the facts that really matter, according to a 4,000-word Toronto Star feature profiling Canada’s “misunderstood” Finance Minister.

Sure, he told Millennials to just “accept” the fact they’re going to spend their lives moving from “job to job to job” in the precarious 21st century economy and he flip-flopped on a campaign promise to close a lucrative tax loophole for CEOs after he was lobbied by Bay Street, but Morneau would like you to know the real reason he got into politics was because he wants to “fight for the underdog.”

And although it slipped his mind to disclose he held one million shares in his former company plus a numbered corporation that owns his French villa to the Ethics commissioner, he sees himself as someone who can “champion the vulnerable.”

Unfortunately, not everyone is buying his story:

There are many serious questions circling about Bill Morneau these days, so here’s 4,000 words on his charitable endeavours and which superhero he most represents https://t.co/fpHhCtXg1x

More than 4,000 words on which superhero Bill Morneau most resembles and which are his favourite of his many, many ethical virtues. https://t.co/LVRNAcneCW

Here are a few details we learned about Canada’s finance minister this weekend:

“Some of Finance Minister Bill Morneau’s staff have a nickname for him: ‘Bruce Wayne.’ It’s a term of endearment. Wayne, Batman’s alter ego, is an ultra-wealthy industrialist who dons a cape and uses his skills, intellect and brawn to fight for the underdog … But Batman is often misunderstood and maligned by his public. Lately, Bill Morneau feels the same way.”

“Despite the wave of negative headlines these past months, Morneau is confident this latest storm will pass: ‘I know people focus on these personal attacks. But I see them as the price of doing the work that’s going to make a difference to Canadians.’ Bruce Wayne isn’t giving up his quest.”

“‘If there’s one thing that has really made me mad in all this is that Bill is pure in terms of his ethics and his integrity,’ says his closest friend, Michael Denham, 53, president and CEO of the Business Development Bank of Canada, an arm’s-length Crown corporation. ‘It’s one thing to be attacked on policy. That’s fair game … But to be attacked so salaciously on character is what’s been eating away at me,” adds Denham, who’s known Morneau since they were students at the London School of Economics in the late ’80s.”

​
Why would Bill Morneau do something unethical? Finance Minister is practically volunteer work compared to the private sector

“Morneau says he’s done absolutely nothing improper or unethical and didn’t get into politics to line his pockets. ‘I obviously left a very lucrative career and did that because I thought that this was the most important work I could possibly do,’ he says.”​

​”​Morneau, who loves watching movies with his wife and kids, admits to getting teary-eyed during parts of the 1998 comedy The Parent Trap, starring Lindsay Lohan.​”​

Although, as a few people noted, Morneau’s story sounds an awful lot like an anecdote shared by actor Will Ferrell on an episode of Conan O’Brien last week: