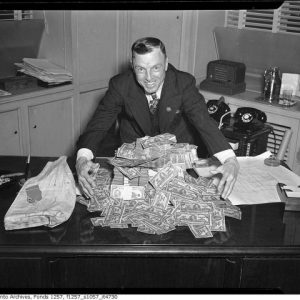 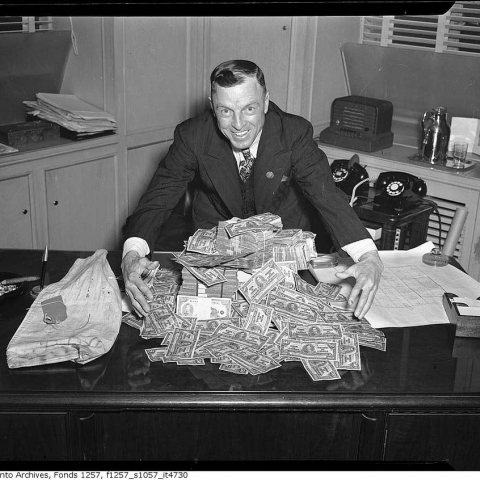 The Canadian Council of Chief Executives released a report Monday trying to make the case that Corporate Canada pays more than its fair share in taxes. The problem is when you read beyond the headline, you realize the report from the lobby group representing Canada’s biggest corporations has more holes in it than the corporate […]

The Canadian Council of Chief Executives released a report Monday trying to make the case that Corporate Canada pays more than its fair share in taxes.

The problem is when you read beyond the headline, you realize the report from the lobby group representing Canada’s biggest corporations has more holes in it than the corporate tax code. And it exposes a transparent — and clumsy — attempt to distract attention from the decline in corporate tax paid as a share of profits.

The report makes the staggering claim that the 63 corporations who participated in the voluntary survey paid an average Total Tax Rate of 33.4% towards a Total Tax Contribution of $40.6 billion. Yet only $6 billion of this figure comes from federal corporate income tax (taxes on profits). A big chunk of the rest comes from tacking on every conceivable payment to government and calling it a “tax.”

Here are some ways the CEOs report pads the numbers:

Interestingly, many of the companies listed as participants in the report have an abysmal record at paying their fair share. A recent investigative report by Canadian Business magazine found that many corporations are aggressive tax planners and pay an effective (real)  tax rate far below the statutory (how much they’re supposed to pay) corporate tax rate.

Canadian Pacific, for example, paid an effective tax rate of 1.8%, Canadian Natural Resources Ltd. paid 13.58% and Enbridge paid 14.24%. Each of these companies are listed in the Chief Executives’ report.

On the whole, corporations are paying less tax on their profits than ever. This chart, from a recent study by the Canadian Labour Congress, shows the rapid decline:

On the flip side, corporations have taken their corporate tax cut and hoarded the cash instead of investing in job creation. Corporate Canada is now sitting on a pile of “dead money” that is now larger ($626 billion) than the size of the national debt.

Photo: torontohistory. Used under a Creative Commons BY 2.0 licence.