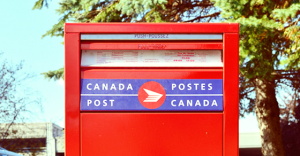 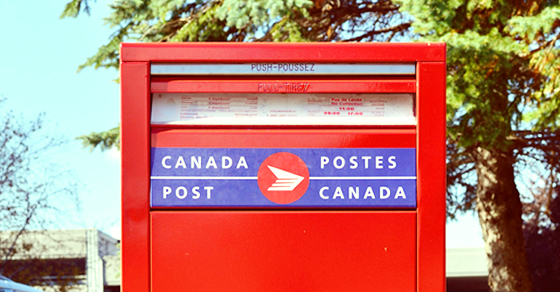 Canada Post is not fighting workers over the future of mail, they’re trying to weaken pensions

Here's what the Canada Post contract dispute is really about.

Over the last while, a contract dispute between Canada Post and its workers has led to workers being threatened with getting locked out of their jobs by management because management wants to ram through controversial changes to the pensions postal workers fought for and won.

“The former offers plan members a steady monthly cheque every month. But experts say those are costlier to maintain since the onus is on the company to ensure those payments regardless of investment returns. Defined contribution plans, meanwhile, just invest a certain amount on the employee’s behalf every month, but offer no guarantee of payments down the line if those investments underperform.”

This is strange since at $22 billion, Canada Post’s pension fund is one of the biggest in the country. And although the fund faces liabilities in the long-term (largely due to low interest rates), the fund also ran a surplus of $1 billion in 2015.

So the fund has plenty of money to pay out workers as they retire, but it would only run into problems if Canada Post went bankrupt or if all of its workers somehow retired tomorrow.

But if you pay any attention to Canada Post’s Conservative-appointed management (who also wanted to privatize the crown corporation), they’d have you believe Canada Post needs to adapt to a “changing business reality,” while pundits call Canada Post a “sun-setting industry” made obsolete by “Facebook or email.”

There’s also been a lot of apples and oranges, with one CBC pundit recently comparing Canada Post to Canada’s failing “newspaper industry” while another pundit on the same program compared postal workers to “the people who made my 8-track player.”

So let’s get a few facts straight:

Despite claims that Canada Post is an obsolete and/or dying company, Canada Post has been posting hundreds of millions in profits for the past two decades.

That includes each consecutive year since 2011 (mainly because management locked out workers; a year earlier Canada Post raked in $314 million in profits).

So, not only is this not wasting taxpayers money, it’s actually generating a profit for taxpayers.

While it’s true that fewer people are writing handwritten letters today than they did a century ago, Canada Post is actually delivering more items each year than it did in 1989 – several years before the internet really took off.

According to Canada Post, Canadians sent 8.9 billion parcels in 2015, representing two-thirds of all parcels delivered in Canada that year. Revenues from parcel delivery alone has grown by nearly half-a-billion dollars since 2011.

Even the Canadian Federation of Independent Business and Conservative Party of Canada admit Canada Post is “essential for small businesses, charity organizations, and entrepreneurs who are the backbone of the Canadian economy.”

So, ask yourself: how can someone claim no one uses Canada Post anymore at the same time as they claim the economy would screech to a halt if postal service is disrupted?

In December 2013, Canada Post management – fronted by Harper government appointee Deepak Chopra – announced an “action plan” that included ending home delivery for 5 million Canadians, laying off 8,000 workers and increasing the cost of a letter by 63 cents.

What was behind the move? According to internal documents Harper’s Prime Minister’s Office conducted a secret study looking at privatizing Canada Post only a few months before management announced it was cutting services, jobs and raising prices.

At the time, both Canada Post management and Lisa Raitt, the Conservative minister responsible for Canada Post, claimed the cuts were necessary to “protect taxpayers” from “continued losses.”

Except those “losses” were self-inflicted by management when they decided to take a hardball approach with 50,000 workers during the 2011 Canada Post lockout.

So, the end result of these unnecessary changes – introduced shortly after Harper studied the idea of privatizing Canada Post – was “worse service at a higher cost.”