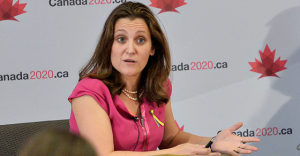 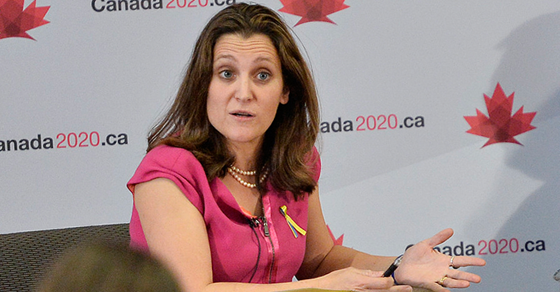 Canada may “scrub” CETA rule allowing corporations to sue governments but we’ll keep it in the TPP?

Remind us why this is supposed to be a good idea?

Remind us why this is supposed to be a good idea?

According to CBC News, Canada and the EU are quietly discussing how to “scrub” a clause from CETA  (the “Comprehensive Economic Trade Agreement” between Canada and the EU) that would allow multinational corporations to sue governments for passing laws that get in the way of their business interests.

EU ambassador to Canada Marie-Anne Coninsx said there “might be some legal adjustments” to CETA’s provisions on Investor-State Dispute Settlements, and she says there are “indications from both sides that there’s willingness to do this.”

And last week, Canada’s lead CETA negotiator Steve Verheul told a Polish newspaper Canada is “aware of the fact that ISDS is being debated in Europe,” adding “we are open to dialogue on this matter, including some amendments to the contents of CETA.”

Germany, as well, has been particularly concerned about CETA’s ISDS provisions, worrying it could undermine European consumer protections and environmental standards.

“ISDS poses significant risks to regulatory flexibility and democratic accountability. ISDS disciplines are unique, as the basis for litigation risk of governments, because they lead to an uncapped retrospective order of compensation against the state in its sovereign role. Thus, a legislative or administrative decision-maker may have to evaluate whether going ahead with a decision, over the objections of a foreign investor, will lead to uncertain but potentially costly liability. Once a law, regulation, or court decision is found to have violated the treaty, the state usually has no opportunity to avoid financial liability for the historical decision.”

If Canada gives that provision a good scrub, it might beg questions about a similar provision in the TPP that also allows foreign investors to sue governments over regulatory decisions.

“[The TPP] includes an investor-state dispute settlement (ISDS) mechanism that allows foreign investors to sue state parties for violating broad investor protections contained in the agreement … the TPP now codifies the approach many arbitrators have been taking by allowing investors’ ‘expectations’ to be a key factor in determining whether a government has breached its obligations. If an investor’s ‘expectations,’ which may be based on general statements of government officials or promotional materials used to attract investors, are then not met, they can sue for damages.”

How does Canada justify bending to concerns over the provision in one trade deal while moving forward on the other?

Although Prime Minister Justin Trudeau said he was looking forward to “hearing from concerned Canadians” and promised a “full and open” debate on the merits of the TPP during last fall’s election campaign, following the election, Trudeau’s government ruled out any possibility of renegotiating the terms of the deal.

International Trade Minister Chrystia Freeland flatly stated last week that the TPP is now a take it or leave it “decision of yes or no.”

Under NAFTA’s ISDS provisions, Canada has been sued on over 50 occasions by foreign companies, including several multi-million dollar lawsuits connected to grievances over Canada’s environmental regulations.

On the flipside, TransCanada launched a $15 billion lawsuit against the US government earlier this month for choosing to reject the Keystone XL pipeline.