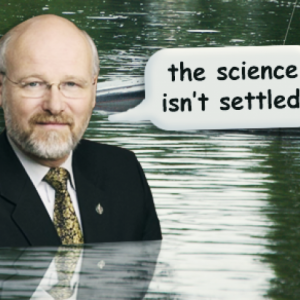 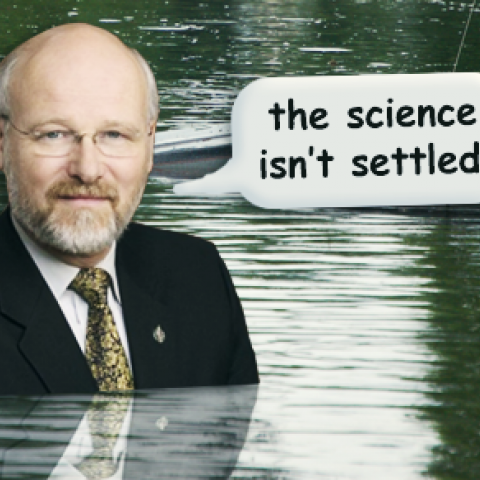 Conservative MP James Lunney has a knack for timing. Federal Conservatives, including Lunney’s caucus colleagues from British Columbia, were laying low in Ottawa Tuesday afternoon as the Harper government was getting set to press “send” on a press release to announce of the Northern Gateway pipeline (rather than putting up ministers at a podium to […]

Conservative MP James Lunney has a knack for timing.

Federal Conservatives, including Lunney’s caucus colleagues from British Columbia, were laying low in Ottawa Tuesday afternoon as the Harper government was getting set to press “send” on a press release to announce of the Northern Gateway pipeline (rather than putting up ministers at a podium to justify the decision).

Lunney, Conservative MP for Nanaimo-Alberni on Vancouver Island, couldn’t contain himself, so he took to Twitter to let people know how he really feels about climate change:

This isn’t the first time Lunney has questioned “settled” science.

In 2009, Lunney told the House of Commons that, “any scientist who declares that the theory of evolution is a fact has already abandoned the foundations of science.” Doubling down, Lunney added that were Darwin alive today, he would be willing to “re-examine his assumptions.” (You can watch that speech here.)

On the question of climate science, Lunney apparently missed the point of funnyman John Oliver’s recent take down of “balanced” coverage of settled climate science.

That explains why Lunney tweeted a link on Northern Gateway decision day to an op-ed in the National Post by University of Guelph economics professor and self-proclaimed “expert on global warming” Ross McKitrick.

In it, McKitrick argues that the “absence of warming over the past 15 to 20 years amidst rapidly rising greenhouse gas levels poses a fundamental challenge to mainstream climate modeling.”

At least McKitrick, a Senior Fellow at the right-wing think tank Fraser Institute, is consistent.

He authored a recent report for the Institute encouraging people and businesses to burn through as much energy as possible to grow Canada’s economy.

In 2006, the Fraser Institute tapped McKitrick to edit a report on the United Nation’s Intergovernmental Panel on Climate Change. The report concluded that whether or not humans contribute to climate change is unavoidably unknowable and questioned whether such a change (if indeed it could be shown to be occurring) would even be a “bad thing”:

“There is no evidence provided by the IPCC in its Fourth Assessment Report that the uncertainty can be formally resolved from first principles, statistical hypothesis testing or modeling exercises. Consequently, there will remain an unavoidable element of uncertainty as to the extent that humans are contributing to future climate change, and indeed whether or not such change is a good or bad thing.”

In that same year, McKitrick was a “prominent signer” of the Cornwall Alliance’s Evangelical Declaration on Global Warming that includes the following declarations of denial:

1. We deny that Earth and its ecosystems are the fragile and unstable products of chance, and particularly that Earth’s climate system is vulnerable to dangerous alteration because of minuscule changes in atmospheric chemistry. Recent warming was neither abnormally large nor abnormally rapid. There is no convincing scientific evidence that human contribution to greenhouse gases is causing dangerous global warming.

2. We deny that alternative, renewable fuels can, with present or near-term technology, replace fossil and nuclear fuels, either wholly or in significant part, to provide the abundant, affordable energy necessary to sustain prosperous economies or overcome poverty.

3. We deny that carbon dioxide—essential to all plant growth—is a pollutant. Reducing greenhouse gases cannot achieve significant reductions in future global temperatures, and the costs of the policies would far exceed the benefits.

4. We deny that such policies, which amount to a regressive tax, comply with the Biblical requirement of protecting the poor from harm and oppression.

And here’s an appearance by the Conservative MP’s favourite expert explaining why he thinks climate science is “held together by duct tape”: